Dr. Victoria Barnett speaks about Dietrich Bonhoeffer, a German pastor who took a stand against the Nazis.
Last Updated: April 6, 2022 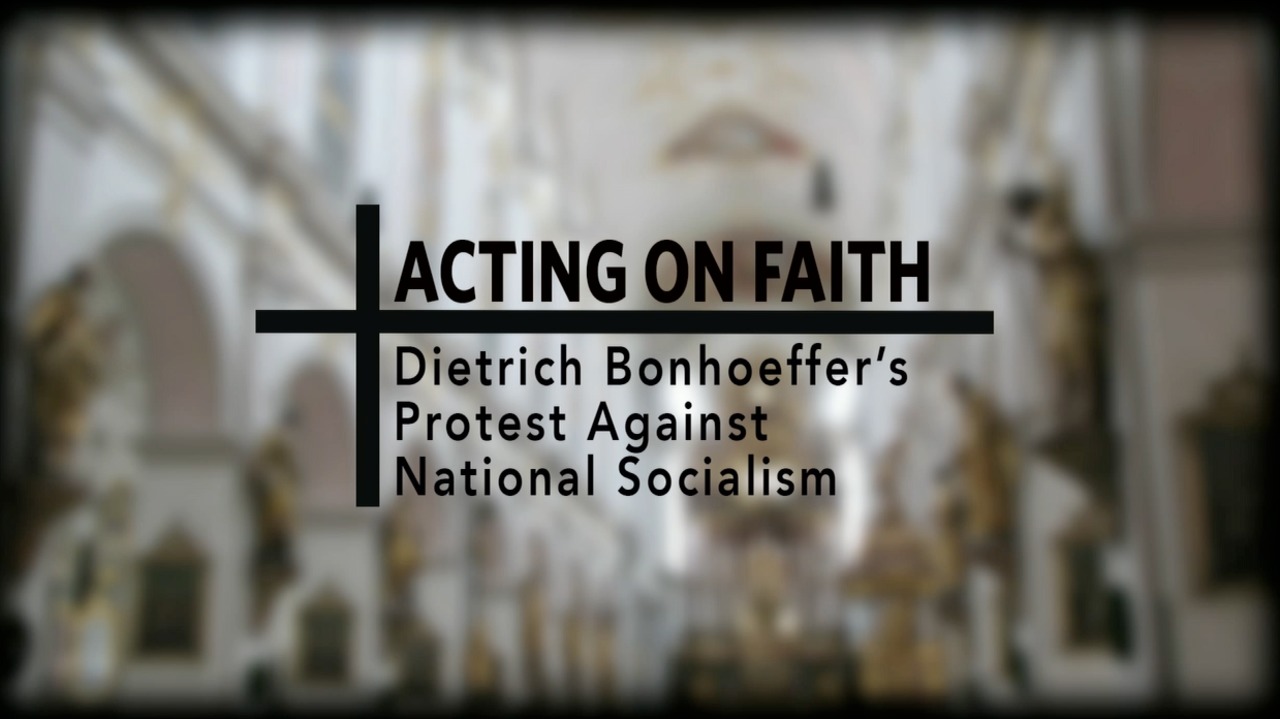 When we look at the Protestant and Catholic churches in Nazi Germany, especially in 1933, and we reflect on what pressures they might have felt to go one way or the other, I think it's important to recognize first that there was a broad acceptance of the new regime, there was a lot of hope. Church leaders, as well as their members, felt that the Weimar years had finally come to an end and that the new regime really might offer them some new possibilities.

But the early weeks and months of National Socialism were marked by a great deal of violence, a great deal of political turbulence as the Nazi regime very quickly consolidated its gains. And it became clear that they were really interested in Nazifying every level of German life, and that made the churches nervous.

And so you have this approach of compromise with the state where possible and staying out of trouble if that wasn't possible. And I think that that really characterized the responses of both the churches in Nazi Germany throughout the period.

There are thus three possibilities for action that the church can take vis a vis the state. First, as we have said, questioning the state as to the legitimate state character of its actions. That is, making the state responsible for what it does.

Second is service to the victims of the state's actions. The church has an unconditional obligation towards the victims of any societal order, even if they do not belong to the Christian community. Let us work for the good of all.

These are both ways in which the church and its freedom conducts itself in the interest of a free state. In times when the laws are changing, the church may under no circumstances neglect either of these duties.

The third possibility is not just to bind up the wounds of the victims beneath the wheel but to seize the wheel itself. Such an action would be direct political action on the part of the church.

Dietrich Bonhoeffer was a German Lutheran theologian and pastor. He was executed by the Nazi regime in 1945 for his role in the resistance movement to overthrow Hitler.

Bonhoeffer's journey from being a pastor and theologian to his involvement in the German resistance was a complex one.

Opposed to Nazism from the beginning, he became part of the radical wing of the confessing church, which opposed the Nazification of German Protestantism.

From his studies abroad and his engagement in the ecumenical movement, he had a number of important contacts throughout Europe and in the US, which also made him politically suspect in Nazi Germany.

Despite this political clarity, however, his early theological writings still show the influence of the anti-Judaic interpretations of scripture that were widespread at the time.

Nonetheless, he protested the Nazi treatment of the Jews and viewed this as a sign that the regime had no legitimacy to govern.

From 1935 to 39, he illegally trained seminarians for ministry in the confessing church and in 1940, became part of the resistance group to overthrow the regime, using his foreign contacts to carry messages on behalf of the German resistance.

He was arrested and imprisoned from 1943 until his execution in April 1945.

Bonhoeffer is especially famous because he wrote a lot of theology that continues to resonate with Christians around the world. And of course, his life story as being this pastor within the church who turns against National Socialism is a very compelling one.

He's best known, of course, because he was involved in the July 20th conspiracy to assassinate Hitler and overthrow the regime. And as a result, was executed by the regime in April of 1945, only three weeks before the concentration camp of Flossenbürg was liberated by the American army.

People often ask how he got from being a pastor to being part of a conspiracy to overthrow the regime. And I think the interesting thing about Bonhoeffer that many people don't realize is that the rejection of National Socialism, politically, is part of his thought from even before the Nazi regime comes to power but certainly in 1933 when they do come to power.

He is very clear that this is a regime that cannot have political support, and he decides by April of 1933 that it's a regime that is not exercising legitimate state authority. That is, Bonhoeffer is one of the very, very few in the Protestant Church at the time who really sees through and questions the very legitimacy of the Nazi state.

It would be precipitous to say even one word about the state of affairs here in Germany. An even greater threat is a terrible barbarization of our culture so that here too we will need to create a Civil Liberties Union in the coming period.

It must be made quite clear, terrifying though it is, that we are immediately faced with the decision-- National Socialist or Christian.

His theological wrestling with these issues is much more complicated, but I think if one wants a simple answer to the question of how he got into the resistance, it's there in 1933.

And in fact, in 1936, when he's teaching at a confessing church seminary, he actually talks with his students about the biblical justification for what he calls tyrannicide, the assassination of the political tyrant. Not a simple political assassination, but specifically the rubric he puts it under is tyrannicide. So we know that as early as 1936, he's thinking about this and actually teaching his students about it.

Christians in Germany will face the terrible alternative of either willing the defeat of their nation in order that Christian civilization may survive or willing the victory of their nation and thereby destroying our civilization. I know which of these alternatives must choose, I know which I must choose, but I cannot make that choice in security.

So I would argue that it is a straight line in terms of the political opposition to National Socialism and after a certain point, the necessity really of overthrowing the regime. And it's very clear from what we know of Bonhoeffer's biography and of his family that the entire Bonhoeffer family thought this way.

In fact, one of the more poignant aspects of his life is that Bonhoeffer and his brother were both murdered by the Nazis. Two of his brothers-in-law were also executed by the Nazis and the several members of the extended family. So this was a family, multiple members of which became involved in this conspiracy and were executed as a result.

You know that we have suffered greatly and lost two sons and two sons-in-law through the Gestapo. As you can imagine, this has taken its toll on us old folk.

But since we all agreed about the necessity of action and my sons were also fully aware of what they could expect if the plot miscarried and had resolved, if necessary, to lay down their lives, we are sad, but we are also proud of their straight and narrow attitude.