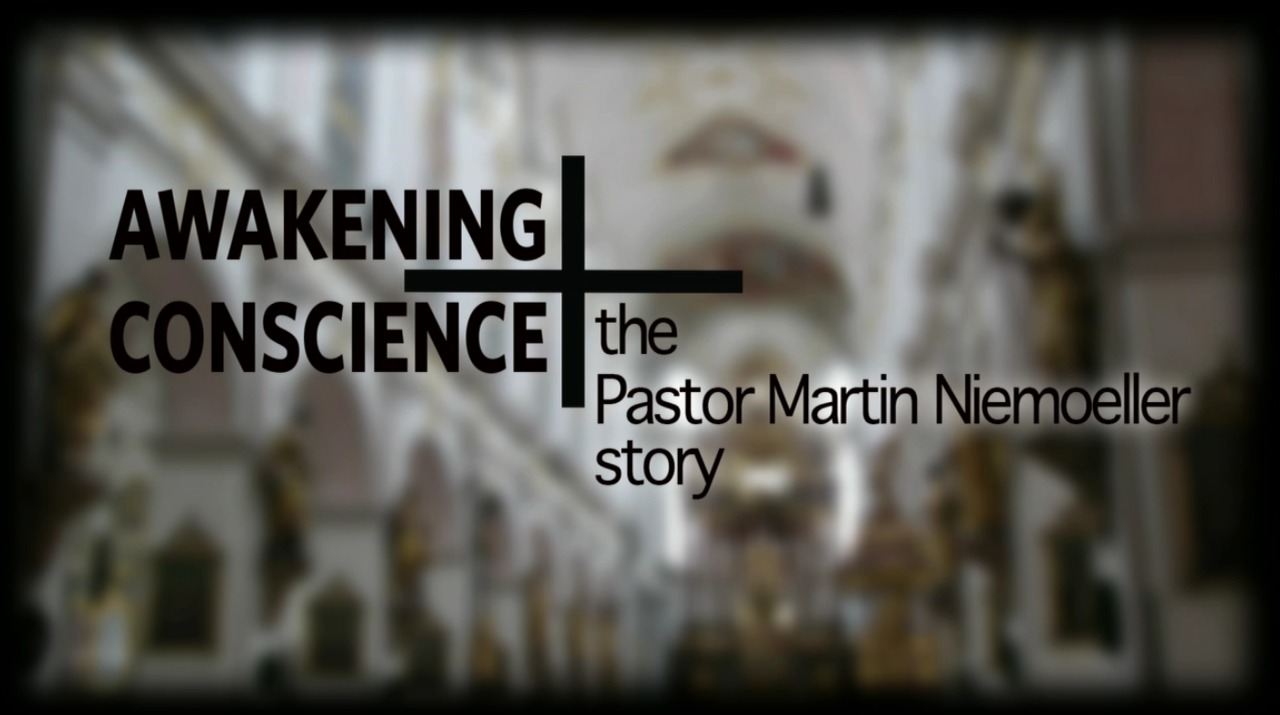 When we look at the Protestant and Catholic Churches in Nazi Germany, especially in 1933, and we reflect on what pressures they might have felt to go one way or the other, I think it's important to recognize first that there was a broad acceptance of the new regime. There was a lot of hope. Church leaders, as well as their members, felt that the Weimar years had finally come to an end and that the new regime really might offer them some new possibilities.

But the early weeks and months of National Socialism were marked by a great deal of violence, a great deal of political turbulence as the Nazi regime very quickly consolidated its gains. And it became clear that they were really interested in Nazifying every level of German life. And that made the Churches nervous. And so you have this approach of compromise with the state where possible, and staying out of trouble if that wasn't possible. And I think that that really characterized the responses of both the Churches in Nazi Germany throughout the period.

Martin Niemöller is really one of the most interesting figures in the Church at this time because he exemplifies a lot of the complexities of this history. Niemöller was a decorated submarine commander in World War I. He was a strong nationalist. He was a conservative. Began to study the ministry in the 1920s and became pastor of a very prominent church in the suburb of Dahlem, Berlin.

And so in 1933, he was one of those Protestant clergy who welcomed the rise of National Socialism. He saw this with a great deal of optimism. He supported Hitler and even voted for him in the last free election. Where Niemöller began to turn against the regime, and this came very early, was in response to both the state pressures on the Churches and most particularly the battle about the Aryan paragraph within the German Protestant Church.

Niemöller didn't like the German Christians, even though he shared some of their nationalism. He was very opposed to their radical theological distortion of basic Christian teachings. And he essentially felt that the Church should be free to remain itself, free of state interference and free of ideological things that would push it. And so Niemöller begins to turn against the German Christians. This eventually leads him to be very critical of the Nazi state.

A personal turning point for Niemöller came in January 1934, where he had a personal meeting with several other bishops, with Adolf Hitler. And in the course of that meeting, it became clear that the Nazis had been spying on him. And Niemöller took great personal offense at that. It also, I think, made him very nervous about where this regime was going.

And so he started being much more outspoken in his sermons. He had a bully pulpit in Berlin. He was in a very prominent church, with a lot of important and influential parishioners. And so he really quickly drew the attention of the regime to what he was doing.

And in 1937, he was actually denounced by someone. He was tried for treason. He was acquitted, in part because of his long record as a military commander. And Adolf Hitler immediately ordered his rearrest because he had become such an outspoken opponent of the regime. And the Nazis were nervous about anyone with that kind of prominence, who was outspoken in terms of their criticism.

So Martin Niemöller was in concentration camps from 1937 to 1945, first in Sachsenhausen, then in Dachau. An interesting story about Niemöller is that in 1939, when World War II began, he actually wrote several of his old friends in the military, asking if he could be released from Dachau so he could fight in the army. And I had the opportunity to interview Niemöller in 1981. And I asked Niemöller about this. I said, what were you thinking?

And I think his answer was-- it was very moving at the time. And it was also very revealing. He said, I would have been fighting for my Fatherland, not for Hitler's army. And while this distinction, we see today as being an utterly impossible one, it was one that an awful lot of clergy made in World War II, where they said, I'm not going to fight for Hitler. I'm going to fight for the Fatherland.

Of course, by virtue of fighting in Hitler's army, they were fighting for Hitler. And this was something they simply refused to see. But it shows, I think, how strong this nationalism was in that generation. And certainly, it was a very powerful force in Niemöller's own life, that he really wrestled with until the end of his life.

A curation of educational resources for school groups visiting the New England Holocaust Memorial.
More Like This Teaching Resources Learning & Events
Most teachers are willing to tackle the difficult topics, but we need the tools.
— Gabriela Calderon-Espinal, Bay Shore, NY