Combat and the Colonies: the Role of Race in World War I 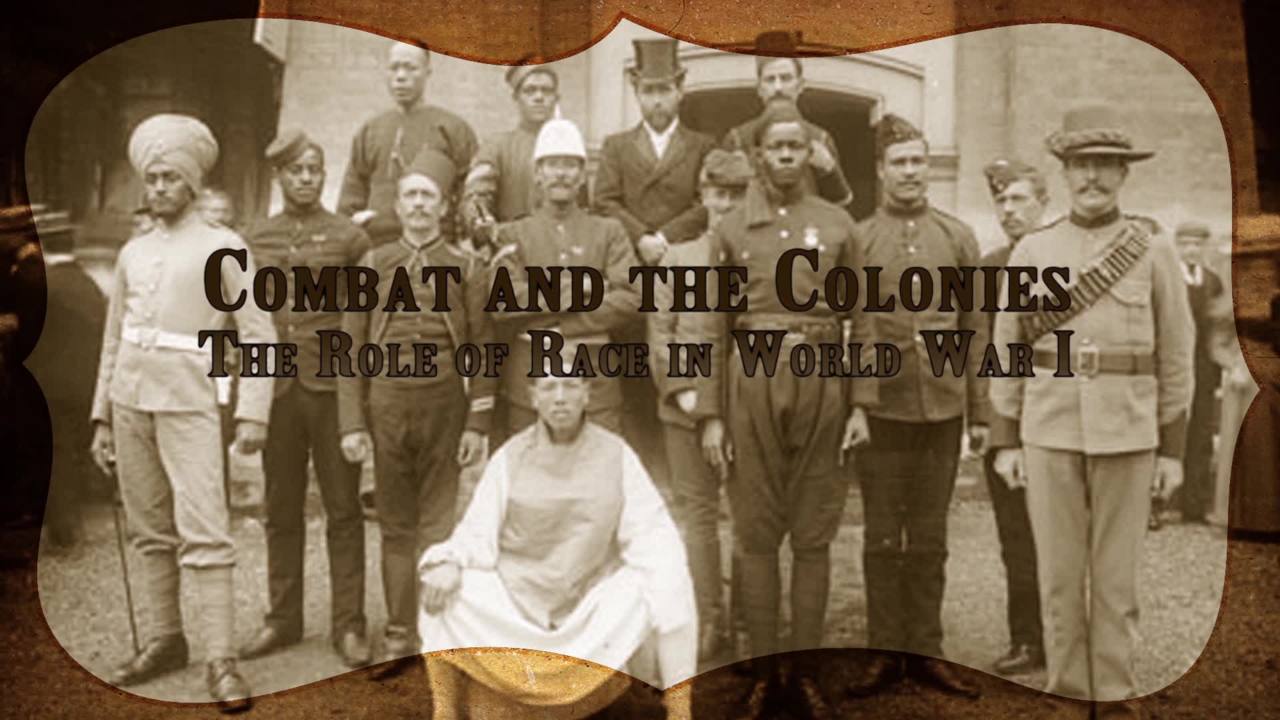 At the start of World War I, European powers held vast colonies in India, Africa, and Asia. Colonies they frequently controlled with military force. Troops were often made up of local soldiers, who were sometimes used to fight against their own countrymen, but rarely against white men, and never in Europe. That was about to change.

As the First World War went on, so many people were killed that on both sides, they were desperately short of men.

As Allied soldiers fell by the thousands, a debate began about whether or not to use reinforcements from the colonies. Some politicians and thinkers were horrified by the idea, while others supported it. At the center of the argument was the issue of race. Was it fitting or seemly to have nonwhite soldiers fighting beside white men? It would take war to decide the issue.

At the time, racial biases defined social frameworks, creating distinctions about the roles racial groups could or couldn't play. But what seemed acceptable and normal in peacetime, seemed impractical in times of war. In an era when the rules of race were clear, well known, and strictly followed, they were suddenly put aside, temporarily.

The British and French brought huge numbers of soldiers and laborers. They came from throughout Africa, from the British West Indies, from India, from French Indochina, and from China itself. Sometimes, as labor troops to work unloading ships at the docks, sometimes to fight at the front.

More than a million Indians in uniform left India during the war to fight for the British Empire in Europe, and in the Middle East, and in Africa.

And they fought bravely. For his service on the brutal Western Front in October 1914, Khudadad Khan was the first South Asian soldier to be awarded the Victoria Cross, England's highest military honor. But he was not the last. Members of the Indian Corps won 13,000 medals fighting for England in World War I. These included 12 Victoria Crosses.

The Senegalese were especially known for their bravery on the Western Front, but the Germans took these African soldiers on the front lines as an insult, an attack on white prestige. Many Allied leaders weren't comfortable with men of color killing white men either. So by December 1915, Britain had removed its Indian troops from the front lines of Europe, along with some of their other foreign forces.

Some colonial troops remained in Europe and were used for manual labor. They dug trenches, moved supplies, and cleared battlefields. A culture of racism allowed European military leaders to see colonial recruits as perfectly suited for these menial tasks, while at the same time minimizing the danger of the work.

Over 150,000 Chinese laborers carried live ammunition, collected fallen soldiers, and retrieved unexploded ordinance from the front. They were told these tasks weren't hazardous. But the opposite was true. Thousands of Chinese died in the war effort, victims of shelling, landmines, and poor treatment. Members of the Chinese Labor Corps lived in squalor, crammed into segregated camps, surrounded by barbed wire.

Meanwhile, the war was being fought on other continents as well. And colonial troops were in the thick of it.

The war also took a tremendous toll among these folks, perhaps nowhere more than in Africa. Because the war in Africa very quickly turned into an attempt by each side to grab the other's colonies. There were huge numbers of African soldiers and even much larger numbers of porters, who were conscripted to carry their equipment through parts of the continent where there were no roads. Some 2 million men were conscripted as porters by one side or the other in Africa during the war. And it's estimated that one out of five of them died.

For the surviving colonial soldiers and laborers, their experiences overseas would change them, and the world, forever.

It had a curious effect that I think the British and French didn't expect, which was that it raised the expectations of some of the people from these colonies. Because they came to Europe and they realized for the first time that Britain and France were themselves countries that were divided, and often quite bitterly divided by class. They found that sometimes British and French civilians actually treated them as human beings. These were people who had not been in the colonies and had not been told to regard Africans or Indians as inferior species.

There's a quite moving volume of letters by soldiers brought from British India to Europe during the war, who write home in amazement, saying, you know, the British women who are nursing us in this hospital, they change our bedpans, they take us for automobile rides. And they were stunned by this, because this is not how they were treated in the colonies themselves.

So I think in a curious way, it raised the expectations of a lot of these colonial veterans of the war, a number of whom later became active in independence movements. For example, the first time that citizens of different islands in the British West Indies ever met to discuss their shared grievances and talk about what they wanted in terms of additional rights for themselves was on a British military base in Italy, in 1918. When they returned, there were riots and demonstrations as the returning veterans became more vocal in demanding their rights, in British Honduras and in Jamaica. And at one point, the British government had to send a warship to help suppress these riots. So the effects of this war really rippled around the world.

Students deepen their thinking about memory and identity by reflecting on the stories of Holocaust and Armenian Genocide survivors and their descendants.
Collection
Add to Collection