From Democracy to Dictatorship

Alfred Wolf, a Holocaust survivor from Eberbach, Germany, recalls the changes he noticed in Germany after the election of Adolf Hitler.
Last Updated: April 11, 2022 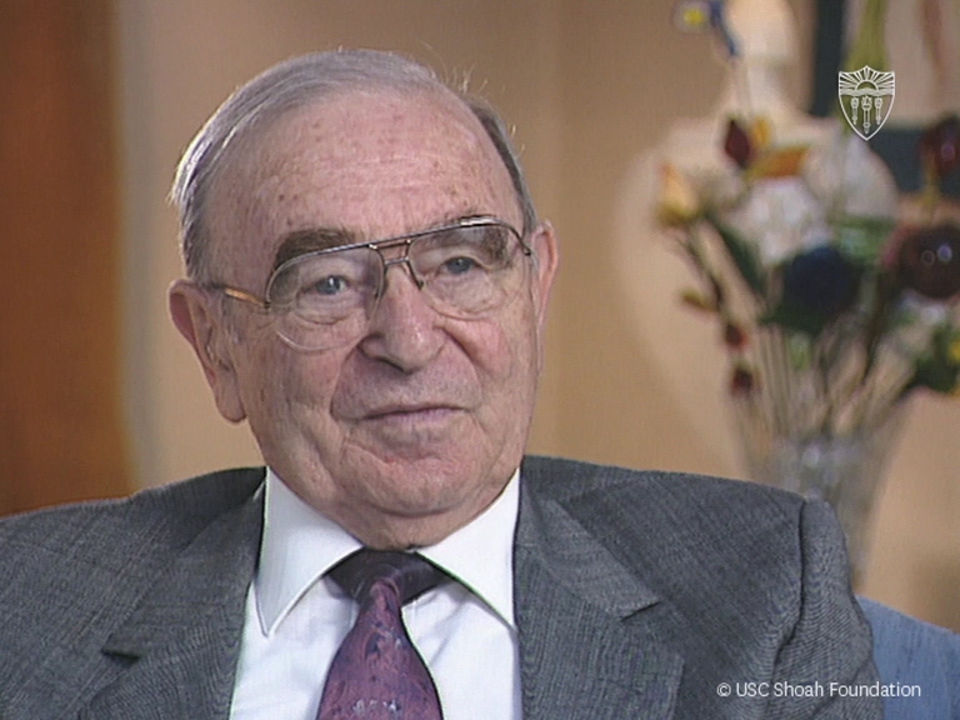 Do you remember Election Day?

Did you know about it? Were you aware of?

Oh, yes. Oh, elections dominated the whole atmosphere very much as a presidential election does here, except that elections of various types happened a little more often in Germany.

Did your parents have a chance to vote?

Oh, yes. Well, Jews in the Weimar Republic were very much part and parcel of civic life. There was no exclusion that I was aware of. And they were very proud of the fact that they were full citizens.

Did your parents and grandparents think of moving out of there?

No. That thought did not occur to them because in the Weimar Republic, the instability of national politics was such that we were sure, very much in the spirit of my father's bet, that parties like the Nazis would come and go, and we just had to sit and be patient, and they would be sure to go.

So when did you finally realize that it's not going away?

The most visible change after-- I don't remember whether it was after a week or so-- that the flag of the country was changed. The black, red, and gold flag of the Weimar Republic was eliminated. And the swastika flag-- black, white, and red-- was hoisted in the school. The director of the school, who was a registered Democrat, walked out and said, I refuse to teach under this flag. And he was immediately arrested. He was very lucky in that they just reduced his rank from director to teacher. But we realized that a different wind was blowing.

In this lesson, students explore moral and ethical frameworks in relation to teh actions of Frank Blaichman
More Like This Teaching Resources Learning & Events
The resources I’m getting from my colleagues through Facing History have been just invaluable.
— Claudia Bautista, Santa Monica, Calif