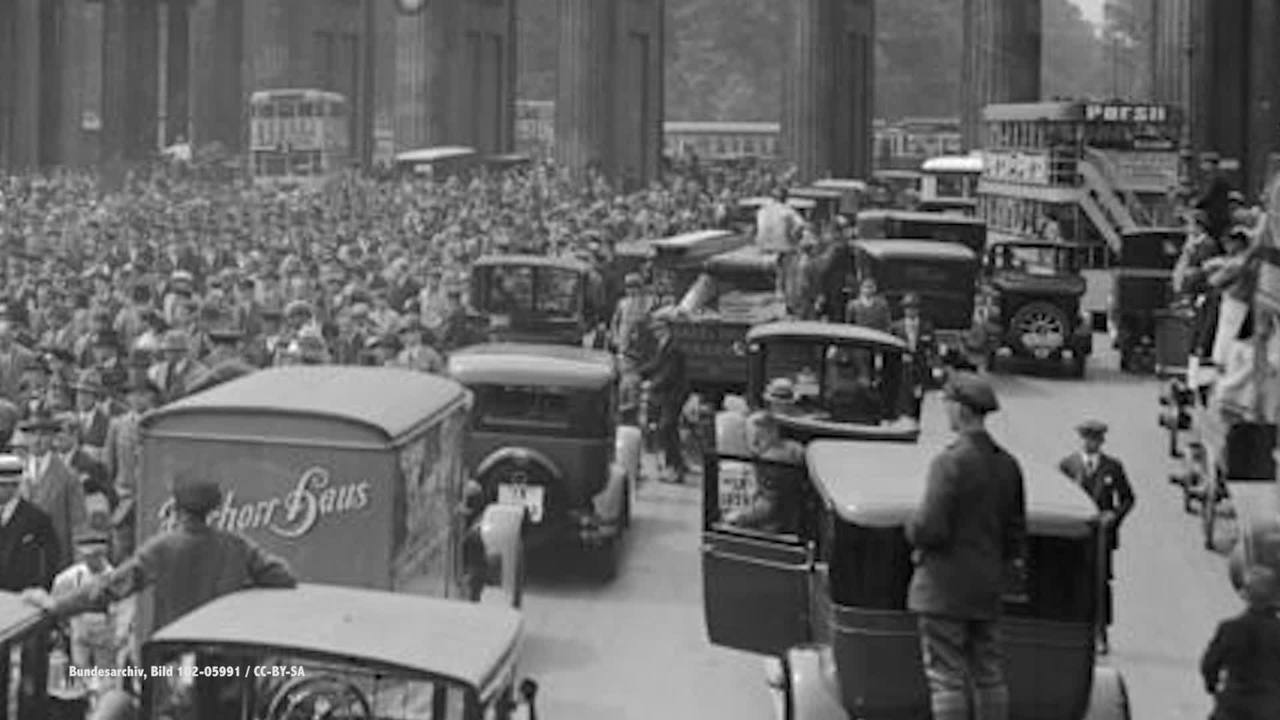 I'm Paul Bookbinder, Professor of History at the University of Massachusetts Boston. Germany would emerge from World War I with its first real democracy, called the Weimar Republic, which would last from 1919 to 1933. The leaders of that republic started out with tremendous handicaps. They were seen as being responsible for negotiating the peace treaty that ended World War I, although it was the generals who had really made the decision that Germany was defeated and needed to surrender.

Tragically, those same generals would circulate a story which said Germany had not been militarily defeated, but had been stabbed in the back by its enemies at home, socialists and Jews, in particular. This new republic started out with one of the worst inflations that the Western world has ever seen. What also would characterize this Weimar Republic is a plethora of political parties, sometimes more than 30 on a ballot. As a result of that, it was necessary for coalitions to be formed to try to get anything done in Germany.

The early 1920s in Germany were characterized by extreme political violence, violence on the left, where communists tried to organize an effort to overthrow the republic, and on the right, where terrorist groups assassinated political and cultural leaders. And leftists and rightists often fought pitched battles in the street. And yet, it was, indeed, a noble experiment. Never has there been so much artistic creativity in such a short period of time, and Germany emerged as a leader in the visual arts, in film, in music, and, of course, in the sciences as well.

The historian Peter Gay sees the Weimar years as years where groups of people, who had traditionally been outsiders in the Germany that existed before the war, had many opportunities that they had never had before, and became insiders, at least in certain areas. And that would include women. That would include Jews. That included Catholics, and to a certain extent, that included homosexuals. When you consider the fact that Germany had lost two million men during World War I, young men of voting age, and at least another two million was so seriously physically or emotionally damaged that they would not participate in the electoral process, you now have an electorate which is overwhelmingly female.

The Weimar Republic was doing fairly well until the outbreak of the world depression in 1929. With unemployment rising, the appeal of the extremists on left and on the right grew dramatically. And by 1932, it was virtually impossible for the democratic leaders to continue to govern effectively, and they only were allowed to proceed with emergency powers, which would lead to an erosion of the republican ideal and democratic political processes.

Inspired by the example of the Italian fascists, and dedicated to the destruction of the Weimar Republic, it would be the Nazis who would capitalize on economic disorder and large-scale unemployment, and they would move to destroy this Republic and establish a vastly different kind of Germany, led by Adolf Hitler and his vision. They would, in the early 1930s, gain considerable strength and be in a position to move toward power.

Basic to the Nazi party platform was racist antisemitism. By late 1932, they were able to command 38% of the vote on a ballot with 30 or more political parties. The Nazi Party was the largest political party in Germany, and Adolf Hitler was its most popular political leader.