Students review the US Department of Justice report, revisit how confirmation bias impacts our understanding of events, and consider how to bridge the gap in understanding that often surrounds events like Ferguson.

In September 2014, the US Department of Justice (DOJ) opened two inquiries into issues related to the shooting of Michael Brown, one focused on the shooting itself and the other on police–community relations in the city of Ferguson.

In this lesson, students review the DOJ’s findings, the complexity of the DOJ’s task, and the implications of the findings for journalists and consumers of news. Finally, students reflect on the persistent differences in understanding about the events in Ferguson and what individuals, community leaders, and journalists can do to try to bridge those gaps.

In September 2014, the US Department of Justice (DOJ) announced that it was opening two inquiries into issues related to the shooting of Michael Brown: the first an independent criminal investigation into the circumstances of the shooting, and the other an investigation of whether the Ferguson Police Department engaged in systematic violations of the US Constitution or federal law.

At the same time, between August and November 2014, a grand jury in Ferguson reviewed evidence that included hours of testimony and documents about the altercation between officer Darren Wilson and Michael Brown. On November 24, 2014, St. Louis County prosecuting attorney Robert McCulloch announced the grand jury’s decision that the evidence in the case did not support an indictment of Officer Wilson, setting off a second round of protests in Ferguson. As in the days and weeks following the shooting itself, there was a mix of large, nonviolent demonstrations and frequently tense, sometimes-violent confrontations with police during the day, plus sporadic violent protests and looting, mostly at night.

The Department of Justice released its two reports on March 4, 2015. In the first, the DOJ decided against charging Officer Wilson with a civil rights violation. In the second, investigators strongly criticized the Ferguson Police Department, concluding that “Ferguson police officers routinely violate the Fourth Amendment in stopping people without reasonable suspicion, arresting them without probable cause, and using unreasonable force against them.”

The findings contained evidence that both confirmed and contradicted the assumptions of people from across the spectrum of beliefs about what actually happened on August 9, 2014. For example, the protesters in Ferguson used the chant “Hands up, don’t shoot” based on their belief that Michael Brown was in the process of peacefully surrendering to Wilson when he was shot. After reviewing the forensic evidence, Department of Justice investigators challenged that interpretation, but as in many of their findings, they were unable to be conclusive.

According to Wesley Lowery’s report in the Washington Post on March 4, 2015, “here is what investigators believe most likely happened on Aug. 9.

On March 4, 2015, almost seven months after the death of Michael Brown, the US Department of Justice issued two reports. In the first, federal investigators declined to charge officer Darren Wilson with a federal crime in the shooting of Michael Brown. The second detailed significant evidence of a pattern of discrimination by the Ferguson police force and courts.

A significant rallying cry and legacy of Ferguson is the phrase “Hands up, don’t shoot,” which grew out of rumors that Michael Brown had his hands up and was surrendering when he was shot. By analyzing an excerpt from the DOJ report, students will have an opportunity to experience some of the complexity of reviewing and weighing all the evidence and witness statements, and will be better positioned to consider why it is so difficult to develop a totally clear understanding of the events. In addition, Attorney General Eric Holder’s response to the findings provides an opportunity to discuss the relationship between the two DOJ reports: What is the larger context for the events in Ferguson and how might this inform both the interaction between Michael Brown and Darren Wilson and the potential for confirmation bias in responses to those events?

One of the biggest challenges for everyone—journalists and citizens alike—is the need to avoid drawing inflexible conclusions based on incomplete information. As discussed in the following video, that challenge was heightened in Ferguson because of the lack of available and verifiable information.

View and discuss the video “Looking Back at Ferguson.” Focus on these questions: What do the journalists believe were some of the biggest challenges of reporting on and drawing conclusions about the events in Ferguson? What can we do as news consumers, sharers, and creators to minimize those challenges for ourselves? Look back at what you knew or thought you knew about Ferguson, as captured in your timeline. Can you identify which items were facts, which included opinion, and which were generalizations? Did you discover anything you thought you knew that proved to be inaccurate or misleading?

Even in the wake of the Department of Justice report, significant disparities continued to exist between different people’s understanding of the events in Ferguson. Ask students: Given everything we have learned in this unit, why do you think this was, and still is, the case? What can individuals, community leaders, and journalists do to bridge such gaps in understanding when incidents like this happen in the future? Has focusing on these challenges changed the way you think you might respond to controversial events in the future, and if so, how?

As has been clear throughout this unit, the events in Ferguson sparked intense emotional responses on all sides of the issues. This emotional connection, along with the lack of complete or irrefutable information about the shooting, made many people more likely to engage in confirmation bias. Given this reality—that many people took a strong position on the shooting long before all the facts were known, or embraced certain narratives, based on their personal experience or underlying beliefs, that were later disproven—how can we find a way to grapple with such complexity and remain open to new details as they emerge?

Jonathan Capehart, an African American journalist who contributes to the Washington Post and MSNBC, documented his own struggle in a personal reflection on the Post’s PostPartisan blog. Have students read this post, Hands Up Don’t Shoot! Built on a Lie, and reflect on it in a private journal response.

The handouts below, available in English and Spanish, are used in the Hands Up, Don't Shoot! lesson plan.

Deepen your understanding of this topic with these additional resources from Facing History.
Video
Add to Collection

Looking Back at Ferguson

Journalists, media professionals and a high school student reflect on the challenges of reporting and understanding what was going on in Ferguson, Missouri, during protests there. 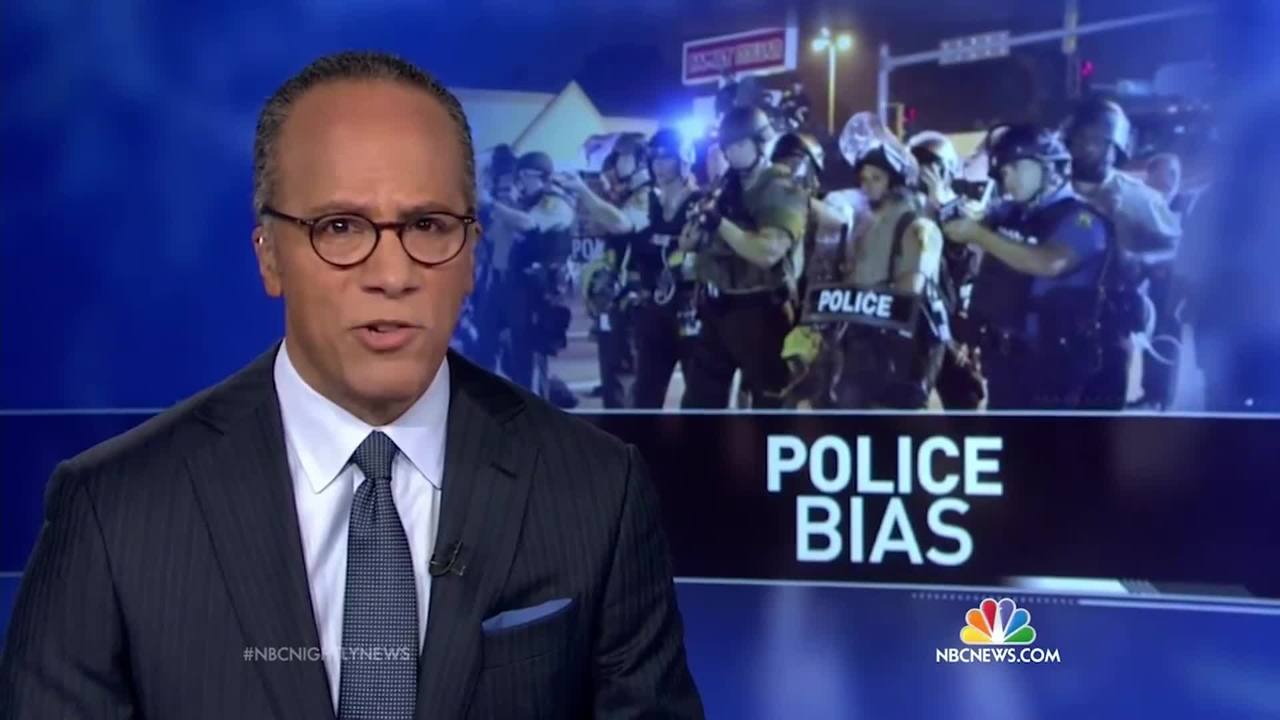 Dive into the resources that help students explore the power and impact of our choices.
DOJ Report Reveals Pattern Of Racial Discrimination By Ferguson Police
NPR

Tell us More
You're exploring:
Lesson 10

Students review the First Amendment, understand the importance of a free press, and consider how that freedom can conflict with other societal needs through journalists’ experiences in Ferguson.
Previous
Lesson

Students identify the responsibilities of citizen watchdogs, summarize strategies for combatting confirmation bias and responsibly consuming and sharing news and information, and complete a culminating essay.
Next