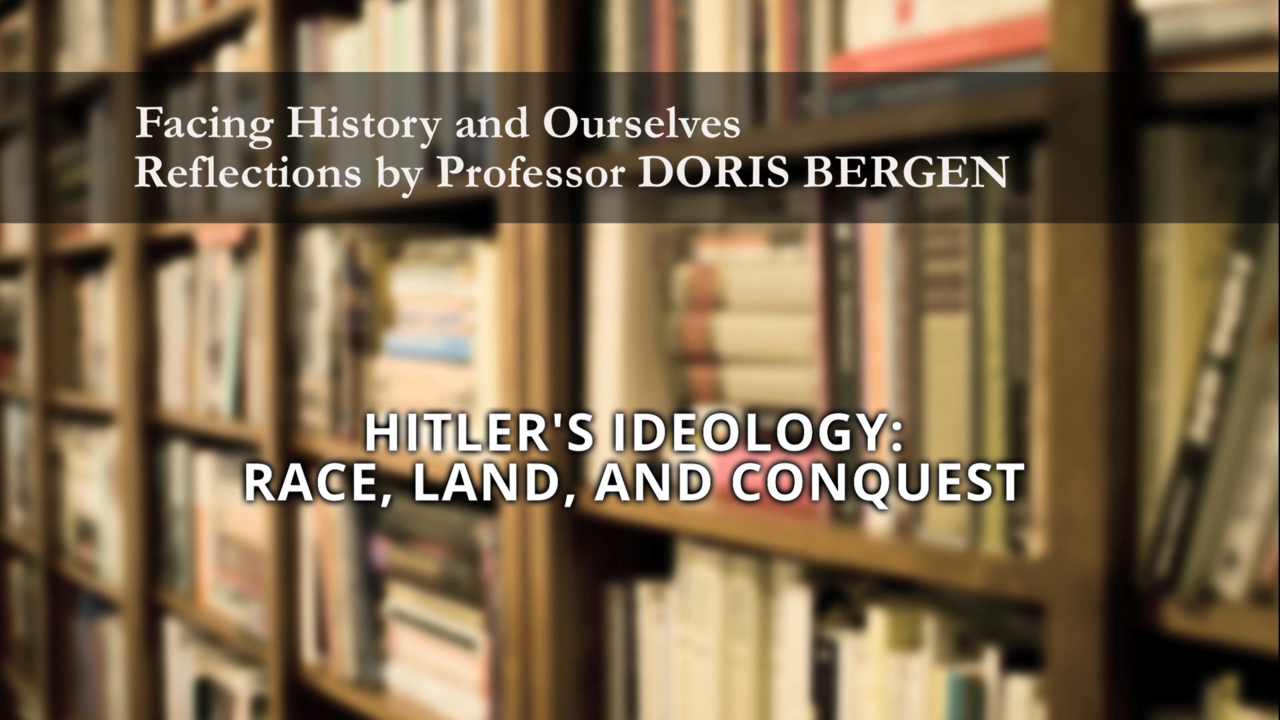 In order for a house to burn down, three things are required. The timber must be dry and combustible. There needs to be a spark that ignites it. And external conditions have to be favorable-- not too damp, perhaps, some wind.

Almost no societal wildfire begins in a vacuum. Conditions must exist that provide inspiration and opportunity.

It's really important also, though, to think about the role of Hitler himself. You know, sometimes people say, No Hitler, no Holocaust. But I think it is really important to think who strikes the match, who throws the spark that brings that potentially combustible situation into flames.

So for Hitler, I think, one of the crucial things to understand is that he did have an ideology. By the time he became chancellor in 1933, they were quite firm. The way to remember that is to think of those two terms-- race and space. It's two interconnected pillars of Hitler's world view.

The idea of race was the notion that humanity was divided into discrete groups, separate groups, and that they were locked in struggle with one another. It's a very Social Darwinian view-- the idea that you don't have this one group of human beings but rather the separate and competing groups. Supposedly, they're competing for space, land.

So the idea of race and racial superiority is automatically linked in to the notion of space, land, and conquest. And for Hitler, these two things were linked. On the one hand, the notion of something that he and others called the Aryan race. Those terms were based on sort of linguistic notions.

So even people within Germany, they understood that there was something sort of fabricated and made up about this notion of the Aryan race. But it was a label to imply a sense of entitlement, that somehow there's a group of people who deserve to rule over others. And how would they prove that they deserve to rule? Through their success in defeating others.

And for Hitler, the so-called Aryan race was locked in mortal combat with the Jews. There were other racial enemies, too, that were trying to, supposedly, bring down the Aryan domination. But the idea was that somehow Jews were the anti-Aryan.

If you think about this Nazi view of race and space, you can see that it's a view that not only accepted the possibility of war but that, in fact, hinged on necessity of war. How was a racial group supposed to expand? It had to conquer its neighbors through war.

At the same time, in this paranoid world view of Hitler's, any race that wasn't expanding was doomed to disappear. So it's a kind of dynamic of constant expansion, growth, conquest, destruction of others. That's what the notion of racial superiority is based on. So the idea of conquest, racism, it's really intertwined.