Students explore the potential negative impact of images through the social media protest #IfTheyGunnedMeDown and develop a decision-making process for choosing imagery to represent controversial events.

This lesson continues our exploration of the power and pitfalls of images. It is designed to help students explore the impact of editorial decisions by focusing on the issues invoked by the hashtag #IfTheyGunnedMeDown. Students will analyze various images of Michael Brown that surfaced in the wake of his shooting, explore the social media response to these images, and then develop journalistic guidelines for image selection. Examining this social media campaign through the lens of news literacy will help students challenge and extend their evolving understanding of bias, the role of the press (and other media makers), and the importance of journalistic standards.

The selection of pictures to accompany news reports is often complicated and raises compelling questions. As journalists evaluate the value and newsworthiness of an image, should they also consider all the possible ways the image might be interpreted? How can they? Should journalists actively avoid using images that might reinforce stereotypes and other potentially harmful misconceptions, even if the images are accurate?

#IfTheyGunnedMeDown is one of several hashtags used to call attention to alleged racial injustice in the aftermath of Michael Brown’s death. This particular tag was used to highlight the perceived tendency of news agencies to select images of young black men that perpetuate stereotypes. The impetus for the campaign was a controversial image of Michael Brown that his family provided to major media outlets and was used in the hours and days after the shooting.

Young people and activists used the hashtag to underscore and challenge the ways in which images of shooting victims can influence public opinion by affirming damaging racial stereotypes. Typically people used the hashtag to ask which of two starkly different images of themselves—one with overtly negative connotations and another with either neutral or overtly positive ones—would be used by news media if they were killed by police.

You may wish to remind students that some people believe just the opposite of what those who participated in the #IfTheyGunnedMeDown campaign do: that news media are overly conscious of race and attempt to portray young victims of color sympathetically by intentionally choosing the most innocent images available.

It is important to note that this campaign may cause some students’ cynicism about news media to emerge. The contributors to the hashtag campaign often appear to regard “the media” as a single entity with a coherent and coordinated ideological agenda (e.g., “The media wants the public to think X”). This agenda is often assumed to be in lockstep with the agendas and interests of other powerful institutions—like the police, the federal government, or corporations—or of prominent progressive social movements such as Black Lives Matter.

These kinds of assumptions are not only an oversimplification of how most news media operate, they are also a distortion that is ultimately disempowering for young people and civically damaging to the nation. This kind of cynicism exacerbates news consumers’ tendency toward confirmation bias. It invites people to dismiss sources of information out of hand based on ambiguous assumptions about the intent or motive of the creator(s) rather than on specific, substantive claims about the information itself. It also ignores and obscures the watchdog role that most news organizations still play to the public’s benefit (albeit to varying degrees).

This lesson expands on the previous discussion of the power of visual images and the way they influence our response to news and information. Use the Analyzing Visual Images teaching strategy to look at three images of Michael Brown.

Show the video “#IfTheyGunnedMeDown,” which addresses the Twitter campaign that emerged in response to a photograph of Michael Brown that was widely used in the aftermath of the shooting.

Working in groups, challenge students to create a policy that they think news organizations should use to guide image selection when a young person dies or is killed. Direct students to be as specific as possible and to be prepared to justify their policy to the class.

As a wrap-up, ask students to document in their journals what strategies they can use to critically evaluate images used in social media and news reports in the future. What questions should they ask about these images? What can they do if they perceive stereotypes or other distortions?

Social media, particularly Twitter, has proved to be a powerful tool for social action. In the words of Yemisi Miller-Tonnet, at the time a 19-year-old student at Spelman College, “Hashtag activism is activism. We might be tweeting from a couch, but we’re also getting up and doing work that needs to be done.”

Students can dig deeper into the use of hashtags by focusing on the emergence of either the #Ferguson or the #BlackLivesMatter hashtag in the aftermath of the events in Ferguson. (They might also consider other hashtags, such as #BlueLivesMatter or #AllLivesMatter.)

This is the video, available in English and Spanish, that students use throughout the #IfTheyGunnedMeDown lesson plan.
Video
Add to Collection

Journalists explore social media activism by discussing #IfTheyGunnedMeDown, a Twitter hashtag response to what was seen as racism and stereotypes in the images featured in the media. 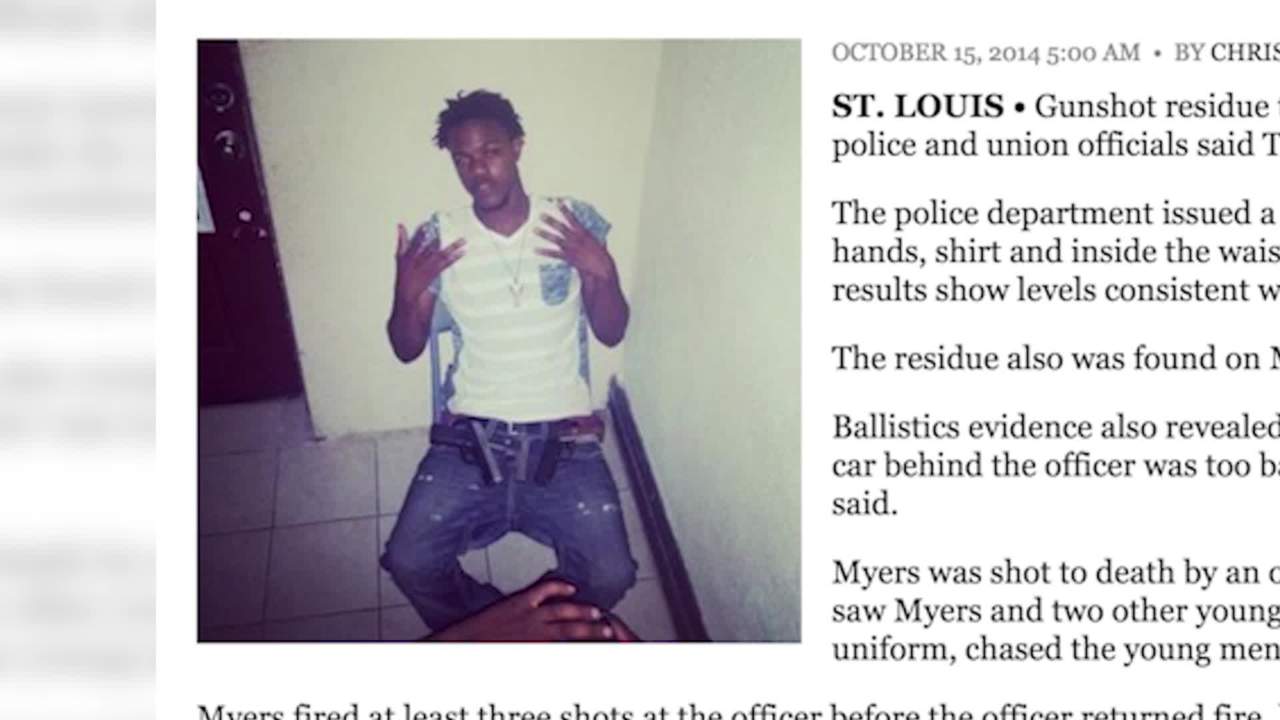 Tell us More
You're exploring:
Lesson 8

Students examine how identity and biases can impact how individuals interpret images and experience the challenge of selecting images to represent news events, particularly connected to sensitive issues.
Previous
Lesson

Students review the First Amendment, understand the importance of a free press, and consider how that freedom can conflict with other societal needs through journalists’ experiences in Ferguson.
Next