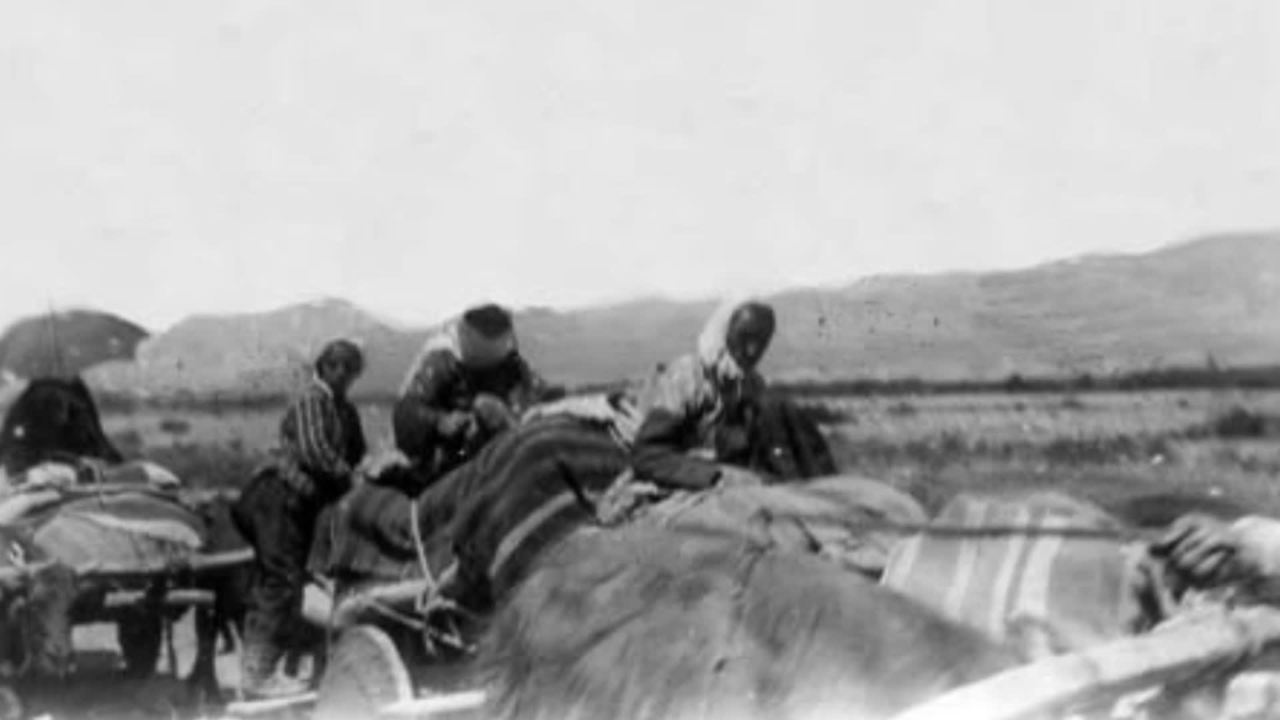 During the Balkan Wars of 1912 and 1913, the multinational and a multiethnic Ottoman Empire lost vast regions of its territory. The group in power, the Young Turks, fretted about how to maintain the Empire's 1908 promises of equality for all peoples while halting any further loss of lands.

Within the Young Turks was a small group of ultranationalists that didn't support the policies of equality. They felt the only way for the Empire to maintain its strength in the face of future threats was to promote a Muslim Turkish majority. In October 1913, this small group overthrew the government in a coup d'état.

And so it is this group that decides, as the war clouds do gather in Europe, that in case of a major world conflict in which Germany is involved, Germany will certainly be the victor. And so that is the country to link up with, especially if that country is going to go to war with Russia, a traditional enemy. Because extreme and extensive territories have been lost to Russia and to its surrogates, the Serbs, the Bulgarians, the Romanians, the Greeks. And so if we side with the Germans, this is this golden opportunity to win back much of these territories that we once had and had been lost.

Even before the Ottoman Empire, or Turkey, entered into World War I, the government proclaimed a general mobilization for all citizens. Prior to 1908, the Armenians are really exempted from military service because they were an untrustworthy minority. And so a part of their equality and symbols of their equality is that they would now be subject to the draft. So Armenians were now a part of the military structure. And thousands of Armenians were enlisted, and indeed were engaged in the earliest of the military conflicts against Russia in the Turkish army.

But once the Young Turk leadership decided that special action had to be taken against the Armenian element in the Ottoman Empire, they began by first segregating all the Armenian men. They were then disarmed and placed into labor battalions. In fact, they were either so maltreated and badly treated that many of them died of hunger, starvation, thirst and disease. And others of them at a particular stage, when they had done their job, were then killed outright.

Deportations of Armenians had already begun in the month of March of 1915. But it's only after April, and in fact in May, that the plan is put into full motion. And it's real motion, because the male population is, in almost all instances, segregated very quickly. That takes away those people who could potentially resist and leaves the rest of the population entirely vulnerable and helpless. The male population is marched out of the city to an undisclosed place, but not far, where they-- butcher squads are already prepared to dispatch them.

And so we have this enormously bloody bath that takes place, in which, normally, under the bodies of 200 or 300 or 400 men, one or two or three individuals are still alive and may crawl out and are those who can tell us what occurred to the men of this particular village and how they were destroyed or what happened to them.

In a way it's perhaps cruel to say, but the men were the lucky ones because they were killed.

The brunt of the genocide fell upon the remaining civilian population, made up overwhelmingly of women and children and elderly. They were living in sensitive war zones. They were told there was a temporary relocation. They could prepare in one day or two days to move, that they would be protected en route and that eventually they would be able to come home. Obviously this created enormous panic and then begins the process of marching.

These marches take place in a number of caravans. Caravans of 500 people, 800 people, 1,000 people from each village, which eventually merged together. And at a time, therefore, then you get 4,000 or 5,000 people who are marching southward, always southward, toward the deserts of Syria. And then that 5,000 people then melts down again to 800 people and 500 people because the others are dying en route. And so those who do survive these weekslong and monthslong marches are going to be the young-- either upper teenage or young bride-age women for the most part.

And then they are subjected to, again, really humiliating circumstances along the way during the death marches. They've already seen a great deal of cruelty. It was a time when mothers would cut the hair of their daughters and smear their faces with mud so that they would not be attractive and not be taken away. But still, rape was continuous. For those women who arrived in the desert, survived only by being either married to or taken into Muslim households, into those of the Bedouins in particular in the deserts, and lived for two years, three years, five years, some of them permanently, forever, for the rest of their lives.

At the end of World War I in 1918, there were efforts to rescue these women and children. But one of the most difficult choices for these young women was what to do, because in their captivity, they had borne one child or two children to the men with whom they were living. Some of the men were even the murderers of their family. And so when the moment for rescue came, they had to face an enormously difficult choice, and if it was a choice. They had either to go back to their people without their babies, or they had to abandon their people and stay with their babies. They could not do both.

So when we talk about choiceless choices, this was what was left for those women after the war at the time of rescue.

Because Germany was the senior ally of the Central Alliance that included the Ottoman Empire, they became first hand witnesses to what was occurring. Armin Wegner, who was a medical officer in the German army, secretly took photographs of what was occurring.

But aside from the Armin Wegners were those officers who participated in the genocide on the Berlin to Baghdad railway. They protected their Armenian workers until the job was finished, after which they signed off on the deportation and killing of their own workers.

In most places, the Armenians were helpless. Anyone who was potentially a person that could engage in self-defense-- the vast majority of these people had already been taken away.

In a few areas they did attempt to put up barricades and defend themselves. The best known of these is the story of Musa Dagh, story of six villages near the Mediterranean Sea, which rather than following the orders to be deported decided to defend themselves. And they were in a mountainous position where they could.

From July to September 1915, the Armenians held out on the mountain for 53 days with few weapons, and food and water dwindling. Survivors were rescued by French and British ships and taken to safety in Port Said, Egypt.

But most of the population simply followed orders and went to their death without resistance. And so in a way, in these moments of extreme anxiety, perhaps within us there is a desire of self-deception, a desire to believe what they're telling us, a desire to believe that we're only going to be transported for a while. We're going to be relocated, that eventually we'll be able to come back home.