Introducing Universe of Obligation in an English Language Arts Classroom

In this classroom video, an English language arts teacher introduces the idea of a “universe of obligation."
Last Updated: January 14, 2020

“Universe of obligation" is the term sociologist Helen Fein coined to describe the circle of individuals and groups within a society “toward whom obligations are owed, to whom rules apply, and whose injuries call for amends.” Although Fein conceived of the term to describe the way nations determine who belongs, we might also refer to an individual’s universe of obligation to describe the circle of other people that a person feels a responsibility to care for and protect. In this video, students consider their own universes of obligation, preparing them to apply this key concept to works of literature and to reflect on the way they view others and make sense of the society in which they live. 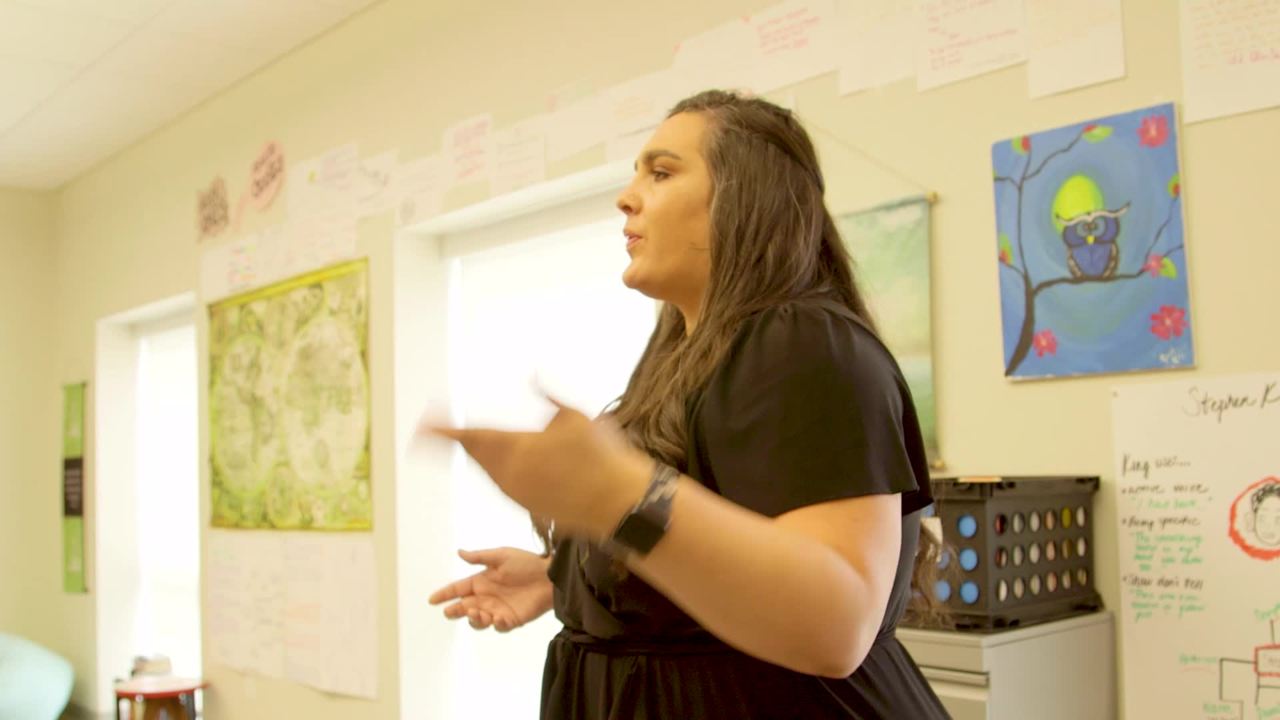 [JACKIE RUBINO] So the universe of obligation gives students a chance to think about who they feel responsible for and what groups of people in their lives they feel more of an obligation to than others. And there's three different levels on the visual that establish a tiered system of who they feel most responsible for, and then they go out to the third tier, which is kind of people their may be acquaintances with, or don't feel like they have an obligation to them as much as people close to them in their sphere. So the learning outcome for this class is to comment on a reading about the universe of obligation that they did last night and then really start thinking about their place in the world. I also want them to think about who they feel responsible for, not thinking that they are just responsible for people immediately around them but that we can have a greater impact on the world around us. So how do we define universe of obligation? Yep. [STUDENT 1] The things in your universe you have to take care of. [JACKIE RUBINO] Good. So the things, which is a general word, but that's fine. Now let's think of a different word than universe to use the definition. [STUDENT 2] Your life. [JACKIE RUBINO] Good. Life, which you feel what? [STUDENT 3] Our most important to take care of. [STUDENT 4] Confidants. [JACKIE RUBINO] Yes, let's think of a different word than obligated. I'm being all English teacher on you, right? [STUDENT 5] Responsible. [JACKIE RUBINO] Responsible for, right? You're going to take a few minutes to fill this out. I'll just send these back. Could you just pass those back? In this first circle in the middle, number one, write your name. And then in circle two, you're going to write the name of people, or the names of people, to whom you feel the greatest obligation for. Example-- people you'd take a great risk or put your life in danger for. Circle three, so your next level, and then obviously circle four, people who are on the next level, so people you have some obligation but not as great as circle number three. So take your time. Now that you have your worksheets filled out, I'm going to have you work together, whoever you're sitting around, to discuss these questions, OK? After you've discussed, we're going to come back together and then we'll go through and a couple of people will share, OK? So what did you think about when deciding where to place certain groups or people in your own universe? Which decisions were difficult and which were easy? Under what conditions might your universe of obligations shift or change? I kind of heard you guys talking a little bit about that, but we'll say more about that. And then, what might cause you to move some groups to the center and some groups or people or pets or things to the outside? OK, we're all together now, right? One at a time, OK? Yeah. [STUDENT 6] Some parts were easy. Like, obviously, the family in number two was selfexplanatory. Nothing competes with family, best friends, relationships with girlfriends, or whatever were in number two. But going to, like, number three and finding out, like, I have extended family. So it's like, would I put them in number two? Would I care for them as much if I don't see them? That's what's more difficult on my end. [JACKIE RUBINO] So like, out of sight, out of mind a little bit? [STUDENT 6] Yeah. [JACKIE RUBINO] That's OK. That's OK. Anybody else? Yeah. [STUDENT 7] It depends on your relationship with certain people and how close you are to them because if you build a-- whether they're family or not, if you have a stronger bond with certain family members, then they're obviously going to be closer to you, even with friends or family. It just depends on how much you talk to the person and how much you guys contribute to the relationship because, like, if you're there for somebody but they're not there for you, you're obviously going to realize that and you're not going to put them as close to you as you would have if they contributed. [JACKIE RUBINO] So you're universe of obligation sometimes depends on someone else's universe of obligation? Can we all agree to that. [CLASS] Yeah. [JACKIE RUBINO] OK, so if you know that you're not a priority for somebody, you're not going to make them a priority? Or sometimes we make people priorities that don't make us priorities-- [STUDENT 8] Yeah, I nearly-- [JACKIE RUBINO] --which is painful, right? I think the lesson went really well. Students got right to work, and they were very decisive about who to put in what tier of their universe of obligation. But then, they were definitely taking the time to really think about the second two tiers, three and four. I think they were spending a lot of time kind of thinking about that, and I didn't really necessarily want them to talk to each other yet when they first got their worksheets. But they naturally started talking to each other about what they were doing, which I thought was nice. Going forward, I think it's going to be helpful when we start talking about issues of being a bystander versus an upstander, making decisions in hard times, and all these things will be talked about in class. But now, they'll have something to draw upon, especially talking about themselves. They'll be able to apply it to something that we read or something that we talk about in class.