History teacher Jacob Montwieler is teaching a unit on Weimar Germany. He begins the class with a whole-group discussion of information students have read in Chapter 4 of Holocaust and Human Behavior, and then he has students consider several primary source documents from the Weimar Republic Primary Sources collection. 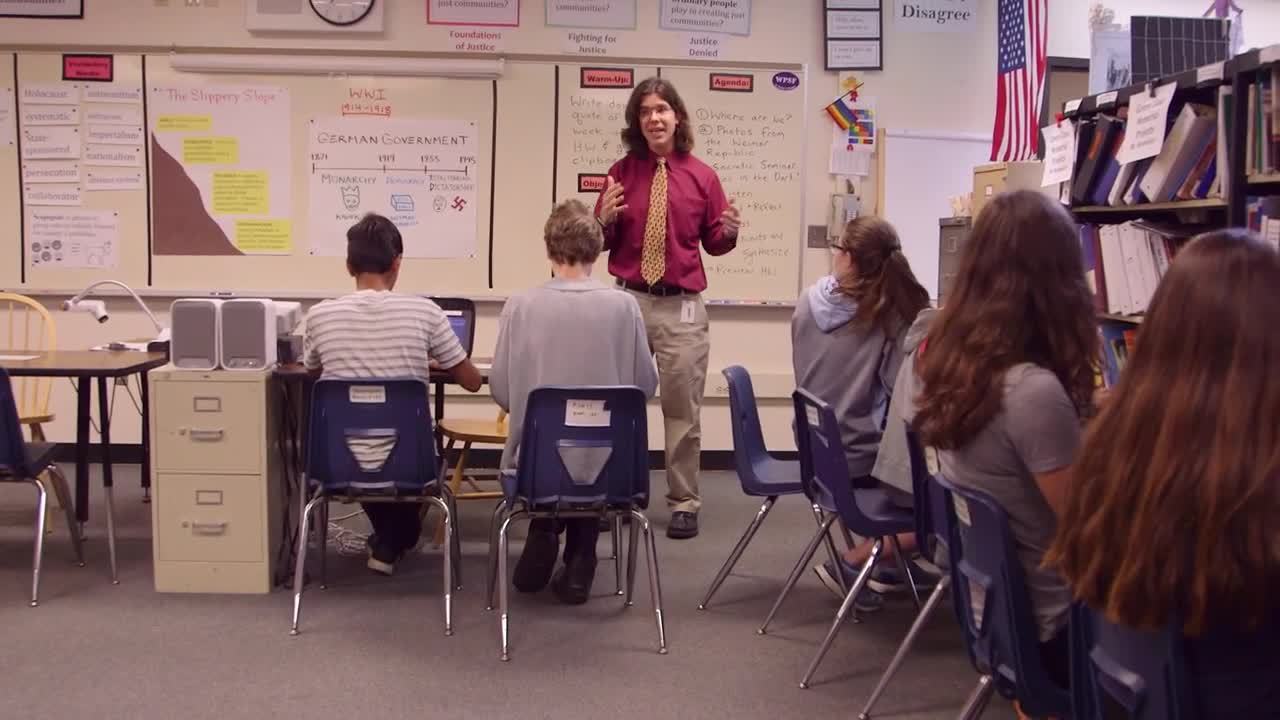