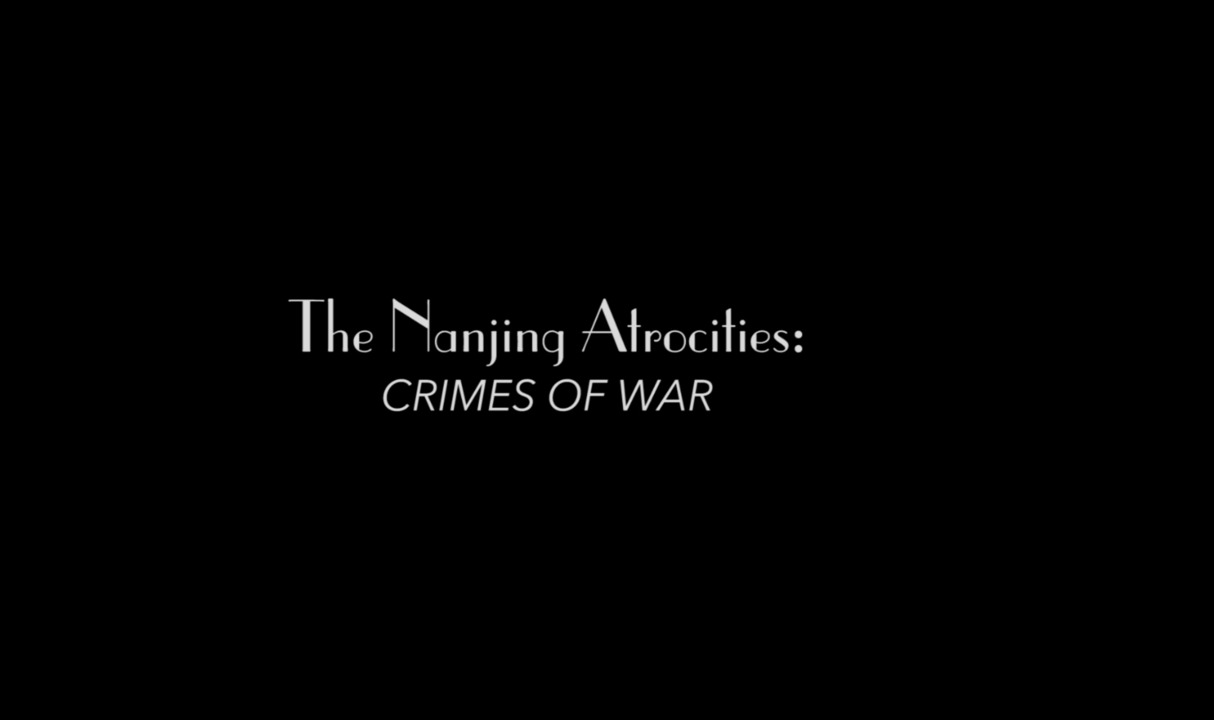 The atrocity that took place in Nanjing, in six weeks between December and January of 1937 to '38, was one of the greatest war crimes during World War II. And I'd say, in some sense, we can understand in quite a simple way what happened. During those six weeks, soldiers of the Imperial Japanese Army ran riot in the captured Chinese capital, the city of Nanjing. And during that time, many, many people were murdered, were raped, were subjected to the most brutal treatment, in really a spree of violence.

This was something that happened as part of the opening phase of Japan's war in China. And it was meant, in a sense, to be a symbolically brutal act, a sign of the final subjugation of China to the Japanese invasion.

If you have to tell the story of the 1930s in East Asia, one way to do it is to think of it as the clash of two major ideological forces, coming into inexorable conflict with each other: Chinese nationalism and Japanese imperialism. And they have to be understood as aspects of one another. In that era, Japan was both a mentor to China and a monster. Japan was both the place that Chinese revolutionaries fled, where its educationalists went to learn about the latest technology and about government, but also a place whose increasing imperialist aspirations, ambitions on the mainland of Asia, ultimately led to a confrontation with China.

Japan had developed into a highly militarized nation state throughout the early 20th century, driven by a national concept known as Pan-Asianism, the idea that it could defend the East against Western powers throughout Asia. In this way, the Japanese felt it was their duty to fight back against Chinese sovereignty, the very idea that Chiang Kai-shek and the Chinese nationalists had been working toward for decades. In keeping with this mission, Japan occupied almost the entire northeast of China in 1931, sending a clear signal to Chiang Kai-shek that it was time to prepare for war.

And finally, in early 1937, China is essentially split up. In the center, in the south, the southwest, the nationalists were in control, or else other Chinese militarists who were broadly allied to them, were in control. Much of the north of China is essentially under the control either of the Japanese or other militarists, who at least swing towards them. And this was the moment at which the ultimate confrontation came. It came on the 7th of July, 1937, in a small village just outside Beijing, at a point where both China and Japan will be forced to make choices about whether or not they would stay at peace or go to war.

Although most Chinese nationalists knew they were not yet strong enough to defeat the Japanese military, Chiang Kai-shek ultimately decided that he could no longer make concessions to Imperial Japan. He would show the world, for better or worse, that modern China would no longer surrender in the face of invasion. He decided to open the war not in Beijing, where the initial skirmish had occurred in 1937, but in Shanghai, China's largest port city.

This was now an international war, fueled by conflicting visions for the future of Asia, Chinese nationalism, and Japanese Pan-Asianism. And when the Japanese finally took Shanghai after months of fighting, they made their way toward the city that carried the most symbolic weight for the Chinese nationalist movement, the capital city of Nanjing.

The massacre at Nanjing has to be laid firmly at the feet of the Imperial Japanese Army. This is not an event where the blame can be spread around. But that's a separate question from looking at the causes of it. And I think one can argue that there are a variety of reasons that the Nanjing massacre happened in the way that it did.

Arrangements had already been made for a temporary capital in the southwest, in the city of Chongqing, where, in fact, Chang and the national government did spend the war, all the way up till 1945. But Chang also made it clear that the capital should not be allowed simply to surrender without a fight. And, therefore, he put in charge of the defense of the city, the last ditch defense of the city, one of his subordinates, a man, a general, named Tang Shengzhi.

Chang was actually handing him a pretty poisoned chalice, the argument that essentially he should fight to the last, even though the defense of Nanjing was essentially impossible. Nanjing itself was not being targeted by the Japanese because it was an important strategic city. Nanjing had a great symbolic importance because it was the Chinese capital. And more than that, it was the capital that had been chosen less than 10 years earlier to symbolize the rebirth of Chinese nationalism, the establishment of a new Chinese national government. By conquering the Chinese nationalist capital, the Japanese would, in the most brutal, most symbolic, most obvious way possible, state that Chinese nationalism, a force which they distrusted immensely, had essentially been wiped out, and that the only future for China would be as part of a Pan-Asian Japanese empire.

The problem was that early on the Japanese had expected that the fighting down China's eastern seaboard would be relatively quick. So the ferocity with which the fighting took place at Shanghai was a great surprise and very problematic for many of the Japanese soldiers. Also, many of the Japanese forces were not, in fact, Japan's best forces in the first place. Many of them were older than the norm. Many of them came from economically more deprived parts of Japan, and had been subjected to the very brutal military training which characterized Japan's army in the early 20th century.

Then, the Japanese commanders have to take a very significant part of the responsibility. Because in allowing their troops into Nanjing, General Matsui, Matsui Iwane, and Prince Asaka, and others who were in the Japanese line of command, did not, it seems, make any gestures that made it clear that the captured capital should be treated humanely or properly. Instead, the soldiers were essentially given free rein to do whatever they wanted.

And, therefore, on the eve of the battle itself, on the eve of the capture of Nanjing, Tang Shengzhi, the Chinese general in charge of the defense, actually slipped away. He abandoned his post. He made his way through a gap in the wall and sailed away just before the Japanese actually arrived.

And this left the city and its contingent of civilians defenseless in the face of an angry, tired Japanese army, whose lust for revenge was clearly very, very high in their minds. And as a result, for the next six weeks after that, there was essentially a spree of killings, of rapes, very large numbers of people being killed, sexually assaulted, in many ways subject to the most brutal treatment that was totally outside anything that could be expected in the norms of war.

In other words, any hope that the Japanese had of making themselves appear civilized and humane conquerors was dispelled within the first few days of their occupation of the capital. And we have heartrending testimony from a variety of Westerners, Chinese, and others, who were there at the time, that make it clear that even when Japanese authorities, military authorities, were asked to try and restrain their soldiers, nothing was done, very little was attempted, and in practice, very little effect was seen.