Jonathan Petropoulos discusses the importance of the 1934 violent purge in the Nazi party.
Last Updated: April 13, 2022 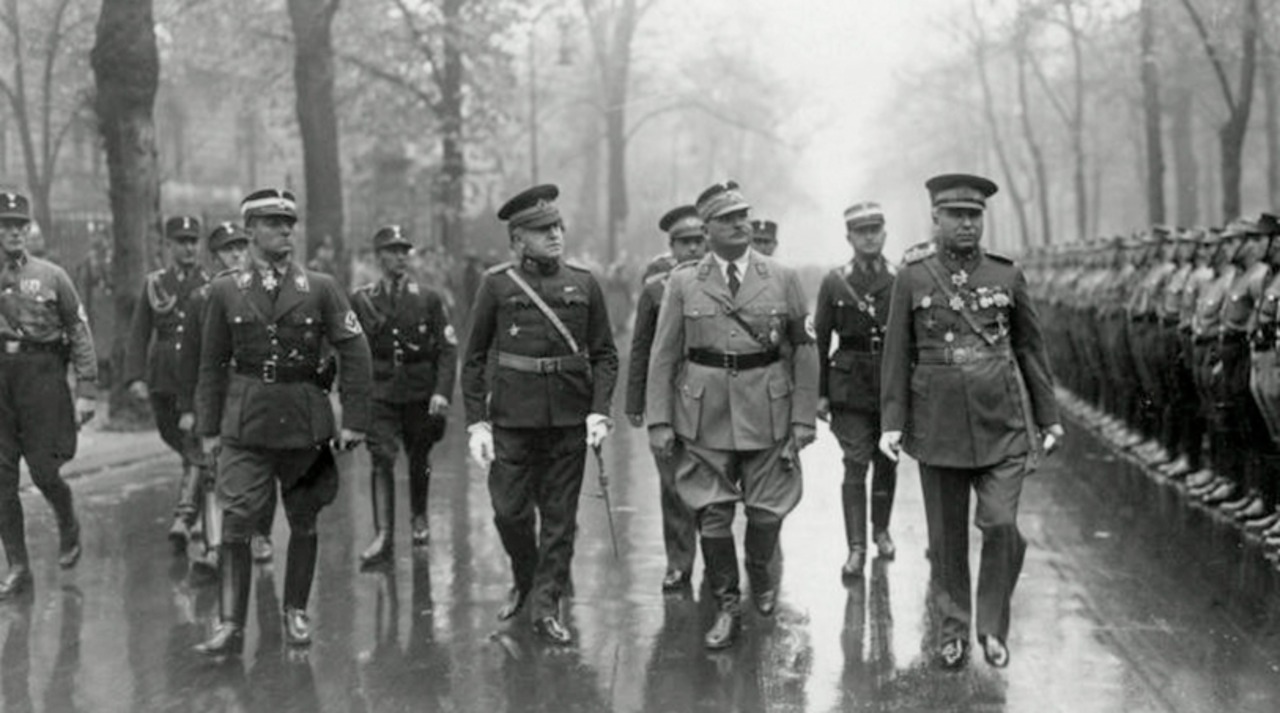 One moment in a twelve-year history of the Third Reich that is underappreciated is the Night of the Long Knives, also known as the Röhm Purge, at the end of June 1934. It was a purge of the head of the Nazi paramilitary organization, the SA, by Hitler and a certain faction within the Nazi party. The faction headed by Hermann Göring and also by Heinrich Himmler.

The SA, also known as the Brownshirts, became organized in 1920, one year after the founding of the Nazi Party. The aim of this more tactical and aggressive wing of the Nazi armed forces was to provide more intimate on-the-street policing, intimidation, and suppression of opposition groups. After years of devoted service with the SA, in 1930 Hitler appointed Ernst Röhm its chief of staff. By 1931, the SA's membership numbered over one million, making it, and leader Ernst Röhm, a potential threat to the brand new Third Reich.

And Göring and Himmler turned on Ernst Röhm and convinced Hitler that Röhm should be murdered. And the murder was very, very important for a number of reasons. First, because it's the initial moment where the Nazi regime showed itself to be truly murderous. Yes, they had killed people beforehand. Street fighters, even before the seizure of power, had killed communists and others.

Dachau, which opens in March 1933, sees people killed there. And so the Nazis had murdered before the Night of the Long Knives. But the Night of the Long Knives they kill over 100 people, not just Röhm and his closest associate, but also others who are on a hit list that Hitler, Göring, and Himmler and others put together. And realize that this is Germany that was a Rechtsstaat, the Germans always say, a state with laws.

But with the Night of the Long Knives, it's extralegal. In the case of Ernst Röhm, he's at a resort south of Munich and Hitler barges into his room. Röhm is there with a young man who is a homosexual, and Hitler gives Röhm a gun and tells him he should shoot himself. Röhm refuses to do that, and so Hitler arranges for him to be shot shortly thereafter.

In Berlin, another locus for the purge, Hermann Göring is in charge, and he has a list with names, and he's reading out names who's going to be executed. And Himmler's playing the role as executioner. The people are being taken off to a special facility and being lined up and shot. And so it's really a moment when the regime shows how murderous it is.

And another thing that's really important about the Night of Long Knives is what it says about Hitler's regime and how he is going to govern and how he's going to rule. Ernst Röhm had two particular interests that are quashed in this night. The first was to turn the SA into a huge army. It already had about 1.5 million men dwarfing the armed forces-- dwarfing the army-- which was limited to 100,000 as a result of the Treaty of Versailles. And so Röhm is very powerful and could easily challenge Hitler as a force within Germany. And Hitler decides that he's not going to let the SA become this huge parallel army, and he sides with the regular army, who supports this action.

Second, Ernst Röhm had been much more left-wing, part of the socialist branch of the Nazi Party. And he did not want to make the same kind of alliances with big businesses, with aristocrats, or with the traditional elite. And he had a vision of Germany as much more egalitarian, if you will, Jews excluded. Röhm was a horrible antisemite.

And so with Röhm's murder in June '34, it means no second revolution, no social revolution. And what happens in the Third Reich, I think it's fair to say, is that there is an alliance between the business elite and the aristocratic elite, with the Nazi elite-- Göring and Himmler and others-- and they form a kind of Nazi high society. And the business and aristocratic elites, they cede political power to the Nazis. The Nazis are in charge. It's a dictatorship, but in return the businessmen make money in all sorts of ways, with rearmament and then later, with the persecution. And the aristocratic elite, they continue in their positions. They keep their castles and their estates. And they prove very supportive of the Nazi regime, at least until midway through the war. But up until the early '40s, there is this alliance between the traditional elite and the Nazis. And the key moment in deciding that there will be this alliance is the Night of the Long Knives.

After the Röhm purge, many outsiders felt that the Nazis had controlled the extreme element in their party. But as history would prove, they were wrong.