Part One: The World the War Made

Scholars discuss the effects that the changes brought about by the Civil War had on the identities of American citizens.
Last Updated: April 20, 2022 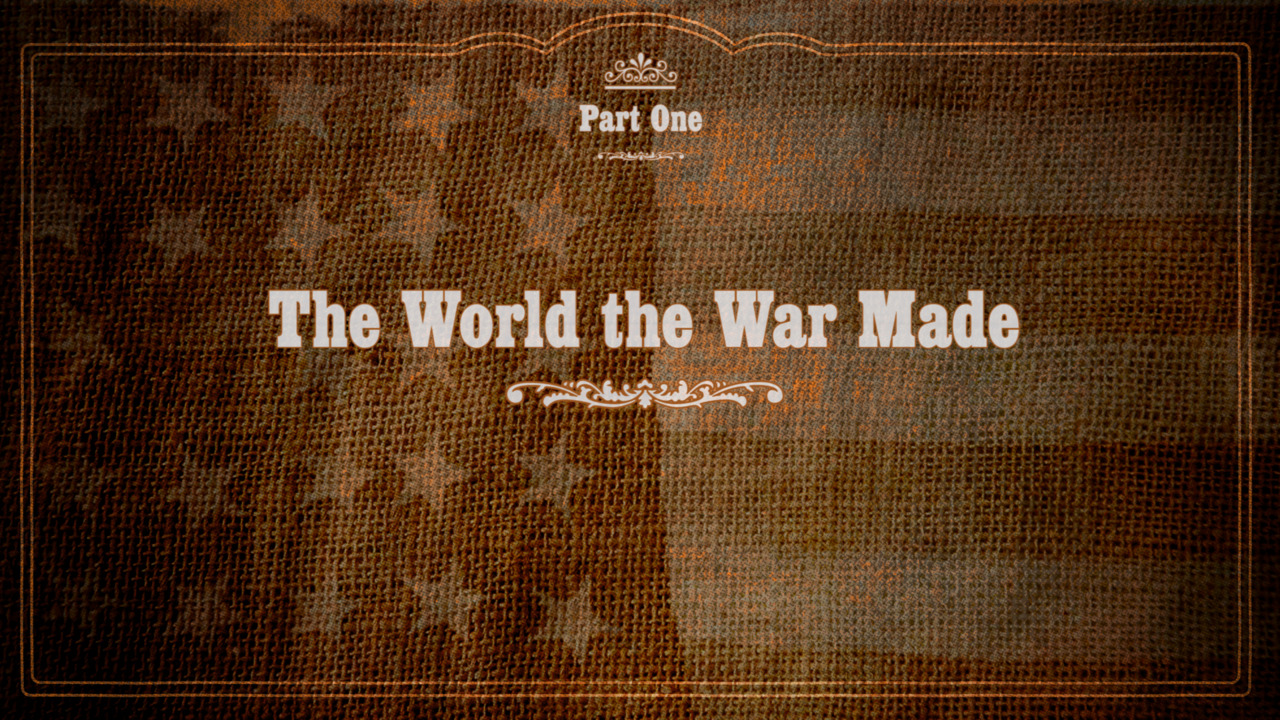 Everybody who lived through the Civil War-- black, white, North, South-- experienced it as a tremendous change. People would say in 1865, we are living in a different country today, not just because of the death and destruction, but because of the fundamental changes that the war brought about in the whole country. Of course, the end of slavery is the most fundamental change, but it's by no means the only one. The tremendous expansion of the power of the federal government during the war, the boost given to Northern industry during the war, a new banking system, a new tariff system, a new railroad system, a new currency system. The whole political economy is being transformed as a result of the Civil War.

On a daily basis, people are living now through revolutionary circumstances and times, and they never know the outcomes. From one month to the next, one year to the next, of what's going to happen to them. And in revolutionary times, identities are up for grabs-- notions of who people are and what a citizen is and who gets what rights are being redefined.

There was really no one in the United States during the Civil War who wasn't impacted in some way by the Civil War. Everyone knew someone or knew of someone who was fighting. Everyone had a stake in the conflict whether they were fighting themselves or they were bearing witness to the fighting that other people were doing. The Civil War was as transformative an event for everyone in the nation as anything that's ever happened in the nation's history. And so it became this collective experience that everyone was experiencing differently.

Before the Civil War, the American government, and therefore, the American country, was largely run by a very small group of extremely wealthy Southern planters.

They were well educated. They had beautiful plantations with huge fields. They made more money than almost anybody in the world. And they had their people, as they called them, working for them. And they believed that this society was the way God had intended the world to work.

The people who are running politics tend to be at the very top. They tend to be the large planters who own more than 50 slaves, which puts them at about 1% of the population. Of course, they're not the majority of the white population in the South. The majority of the white population is not part of that 1%, and what brings the rest of the white population along behind the planter control of politics is, of course, the issue of race. As long as poor whites can look and see that there are people below them, in this case, the slaves, and there's not only obviously a class difference there, but overwhelmingly, the race difference, then they're on board generally behind the planters.

[SINGING] I see the fallen falling. I see them all, the fallen few. Rest your head, you fallen traveler. Take my bed and dream my dreams.

The South is devastated.

This region is ruined. People are literally in danger of starving in the summer of 1865. So that South is physically devastated. It's also mentally devastated.

The slaves are gone. Their wives aren't the way they used to be. Their brothers are dead. They're missing limbs, and if they're not missing limbs, they're almost certainly suffering from what we would now call posttraumatic stress syndrome. So these people are really, really damaged.

Certainly, if you were a master, a slave owner, presiding over a plantation, the way the Civil War affected you in terms of abolishing the very foundation of your existence economically, socially, and in every other way, that's going to be a very different individual impact or experience with respect to the Civil War than if you were a slave on that plantation.

[SINGING] Precious Lord, take my hand. Lead me on. Let me stand.

And so even when they weren't citizens, they created ways of meeting together, talking about problems that they were facing, sneaking out at midnight to the clearings on plantations to commune with their ancestors and to talk about their dreams of freedom. And when Emancipation came, they were ready. They hadn't been citizens, but they had always been people.

One way to chart this question of personal identity around the end of the American Civil War, even during the whole process of Emancipation, is to look at what the freed people did. Many would take their slave names-- in some cases, they had no last names. So sometimes-- and there is plenty of examples of this. We see it all over the place. Former slaves would choose a word that is obviously symbolic of their new status, like Freeman or Justice. There are lots and lots of Freemans.

We also know a lot about this quest for an autonomous identity, when we realize how many former slaves, for example, wanted to be married. And we have all these Union Army records, actually, from even before the war ended, of former slaves coming in and just asking to be married. And sometimes, they declare, look, I've been with her for 20 years. But can we get a legal document out of this?

They were also allowed, many of them, to come to Washington, D.C. and actually testify in what was called the Freedmen's Claims Commission hearings. Former slaves could come in, testify before a congressional committee, and ask for compensation for their hogs or their wagon or their tools that had been stolen from them, usually by the Union Army. And a cash payment from the government, even if it was only $12, was a recognition, a sense of human recognition. And I think we can find in those small, tangible notions of a little bit of payment, a new name, a sense of safety somewhere, a new identity. Maybe I belong in this place. Maybe I can be an American.

20 and 30 and 40 and 50 years later, in African American communities across the country, South and North, there was a tendency sometimes-- not everywhere-- but there was a tendency sometimes to refer to 1865, the end of the war, as the beginning of a new calendar. They would actually refer to it that way. 1865 was like year zero. And if you believe that on any level or scale, then you're reinventing a new sense of who you are.

Facing History and Ourselves, “Part One: The World the War Made,” video, last updated April 20, 2022.