Students examine how identity and biases can impact how individuals interpret images and experience the challenge of selecting images to represent news events, particularly connected to sensitive issues.

Sometimes a single photograph can have a far greater emotional impact than words alone could. This emotional potential makes photography a prime candidate for interpretation based on confirmation bias.

As illustration, this lesson includes an interview with St. Louis Post-Dispatch photojournalist David Carson in which he describes a photograph that was interpreted entirely differently by two groups of people. In a separate activity, students step into the role of news editor to choose the lead image that will run on the front page, based on a different scenario faced by the Post-Dispatch.

Some of the imagery used by the media as part of their coverage of Ferguson was itself the subject of debate. On August 14, just days after Michael Brown’s death, the New York Times published the article “Ferguson Images Evoke Civil Rights Era and Changing Visual Perceptions.” It included an example that shines a spotlight on a key challenge associated with selecting images as part of news coverage of fast-changing stories:

The Philadelphia Daily News was a case in point in the speed with which 21st-century image parsing can occur. In the wee hours of Thursday morning—in response to readers’ comments on Twitter about a photo the newspaper had planned to run on its front page, showing an African-American protester in Ferguson about to hurl what looked like a firebomb—editors changed their minds and instead used a photograph of an African-American woman standing in front of police officers, holding a sign urging answers in the death of the teenager, Michael Brown.

An assistant city editor wrote on Twitter to those objecting to the first picture that they would be able to understand the whole story, in a “sympathetic treatment,” if they opened the paper. But a reader responded, “Yes, in ten-point font I can see the fine print, which is completely overwhelmed by the picture.”

Images capture moments; they are seldom comprehensive or entirely representative. They are also seen through the biases of the viewer. In the example from the Philadelphia Daily News mentioned above, the protester was not about to hurl a firebomb but in fact was throwing a tear-gas canister back at police. However, many people would not realize this without reading the caption.

While text can provide broader and deeper context, as this article excerpt indicates, many more people see the pictures associated with news reports than ever read the corresponding article or even the caption that accompanies and explains the image. In most instances, images have more power than the accompanying text, rendering the decisions that news organizations must make about images—especially the choosing of one or at most two lead images—particularly difficult.

David Carson of the St. Louis Post-Dispatch was among the journalists on the ground taking pictures of the protests, police, and unrest in Ferguson. In the following video, he describes a powerful photograph that he took and the ways it was interpreted by different groups.

Students now have an opportunity to play the role of news editor by revisiting an actual scenario that the St. Louis Post-Dispatch faced on the night of August 10. Students will decide between two images—Peaceful Protest in Ferguson and Looting in Ferguson—for the front page of the paper.

You may want to hold a summative debrief using the Four Corners teaching strategy. Have students consider these questions: Should news organizations decline to run an image if it has the potential to reinforce stereotypes? Should media outlets always run the image that they think their audience would find most interesting? Should they always lead with the most recent image, or should they choose the one that editors deem most important?

Ask students to think about iconic images from historical or more recent events and reflect on the lasting impact of these images. What roles have these images played in the legacy of the events? How do they affect how students think and feel about these events?

To further explore the power of images and the editorial choices made by different news agencies, have students compare the images and headlines featured on the front pages of a number of newspapers from August 15, 2014. What lead image and headline is used in each case? What is similar and what is different among the approaches and their impact?

The handouts below are used in this [resource subtype].

Dive into the resources that help students explore the power and impact of our choices.
Video
Add to Collection

How We Respond to Images

Journalists, media professionals, and a high school student discuss the different ways that people respond to the news, including a particular photo taken during a Ferguson protest. 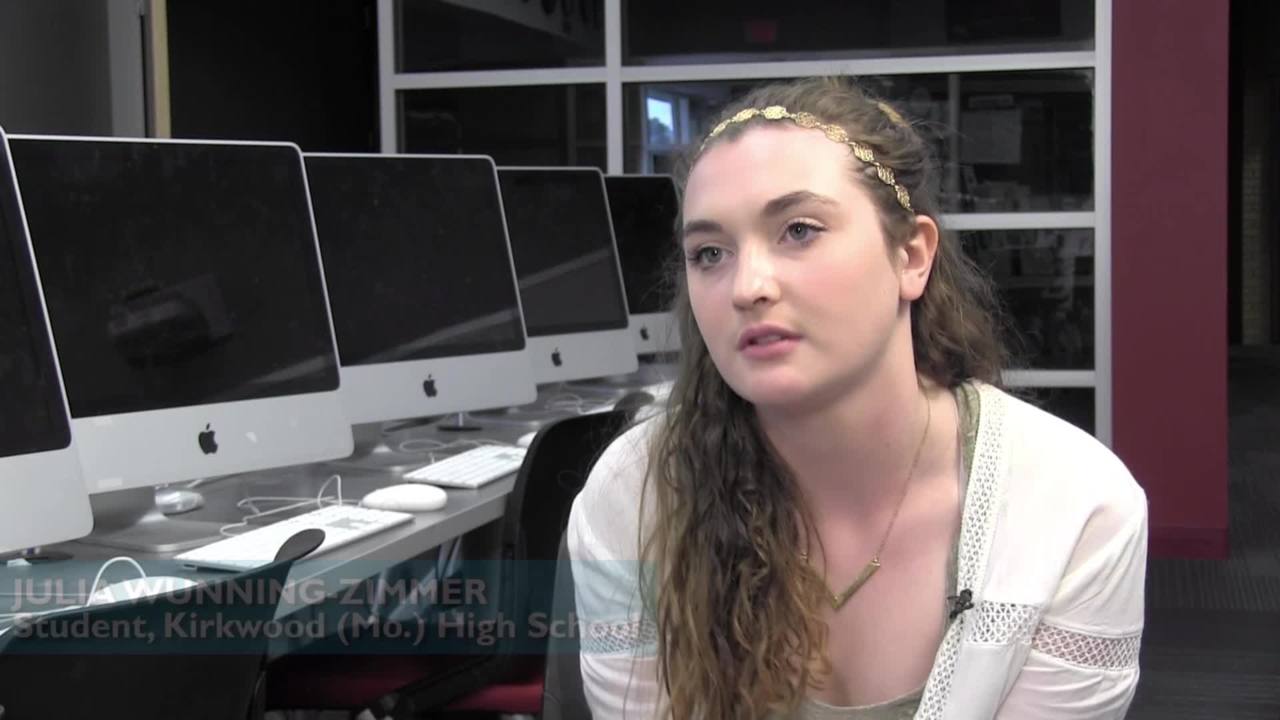 Day of Protests, Night of Frenzy

Tell us More
You're exploring:
Lesson 7

Students explore the potential negative impact of images through the social media protest #IfTheyGunnedMeDown and develop a decision-making process for choosing imagery to represent controversial events.
Next

Students explore how identity impacts our responses to other people and events by examining a cartoon and analyzing an opinion poll from a week after Ferguson.
Lesson
Add to Collection

This Teaching Idea is a guide for teachers to begin conversations with their students about George Floyd’s death and the events that surround it.
Mini-Lesson
Add to Collection

Responding to the Insurrection at the US Capitol

This Teaching Idea is designed to help guide an initial classroom reflection on the January 6, 2021, insurrection at the US Capitol.
Mini-Lesson
Add to Collection

In this Mini-Lesson, students learn about the history of democratic and anti-democratic efforts in the United States and examine sources that illuminate this tension from Reconstruction through today.
Mini-Lesson
Add to Collection

What Happened During the Insurrection at the US Capitol and Why?

This Teaching Idea guides students to use an iceberg diagram to synthesize the events of January 6, 2021, and outline the complex array of causes at work.
Collection
Add to Collection

Explore classroom resources for making connections between current events and your curriculum, including activities and discussion strategies for high school and middle school students.
Collection
Add to Collection