Questions of Complicity: France and the Nazi Occupation

Scholar Aliza Luft discusses the changes that took place in France when the Nazis invaded in 1940.
Last Updated: April 14, 2022 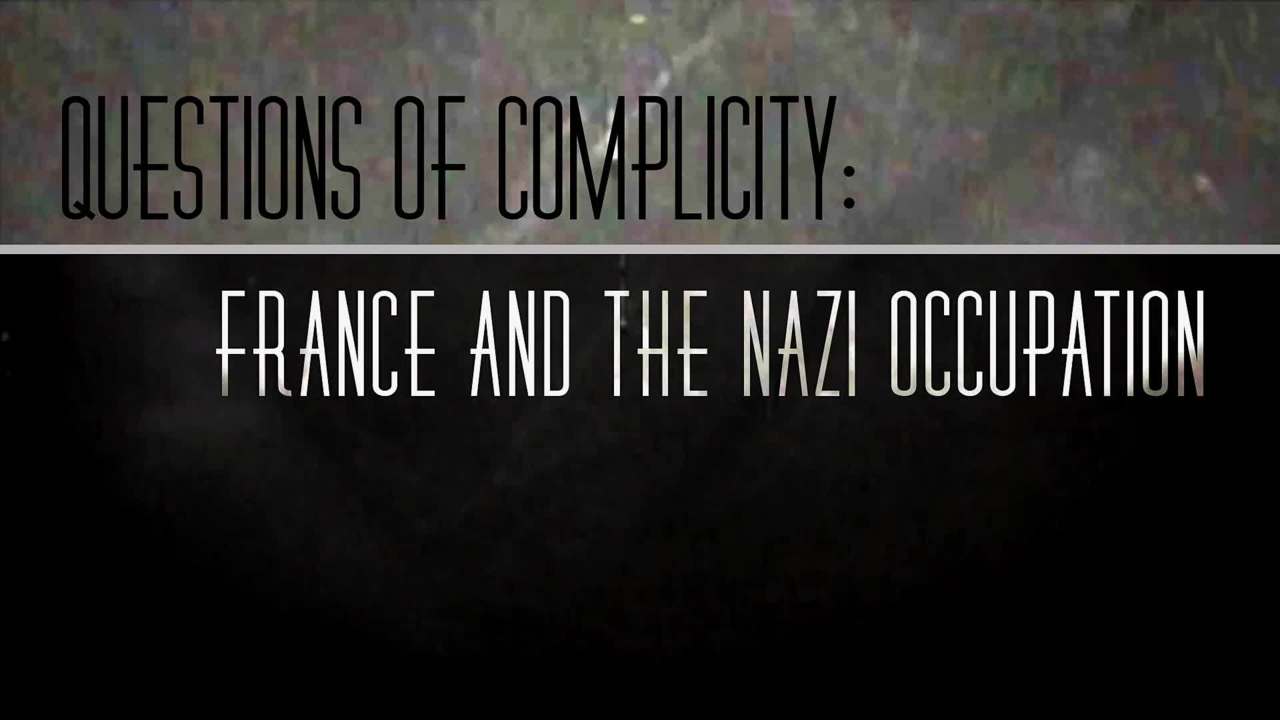 On June 25 of that same year, an armistice was signed between the two countries, bisecting France. The northern half of the country would be occupied by Germany. The southern half would be under the control of the Vichy government. And while the southern region came to be known as the "free zone," monumental changes made it feel like anything but.

Everything was different. There were Nazis everywhere. There are swastikas dangling from classic French buildings. They emptied out the museums. They took control of other museums, and filled it with Nazi propaganda, and used them as headquarters of Nazi offices.

Germany changed the time zone in France. Not even the time is the same. I think that's the best way to understand the way that life changed in France.

The French government fled abroad. The new Vichy regime came to power. And this was an authoritarian regime; this was far right-wing. And they tried to put forth this national revolution, this idea of the family as being paramount, as the country being paramount, of religion being paramount.

And this is 1940. In 1936, France elected a socialist government with a Jewish prime minister. If you think about how rapid that change was in 4 years, you can understand the crisis.

Within weeks of the establishment of the Vichy government, discrimination against Jews and others became policy.

But they knew they couldn't do it without the support of the Church, because that's how powerful the Church was at the time. France was 85% Catholic at the time. And religion was seen, first of all, as a safe haven, as something that was essentially French. But second of all, religious leaders are moral leaders. These are people who are able to make sense of the crisis in a way that resonates.

The Vichy regime were very religious. You know, Marshal Pétain was an extremely religious person. Paul Baudouin, who was one of the authors of the statute, was also extremely religious. So, for them, if they were going to put forth this legislation, they also wanted to know if God was on their side. And so they asked the Church, you know, we want to discriminate against Jews-- they didn't say it in those terms-- they said, we want a Statut des Juifs. Under what circumstances can we do this? And the Church met and deliberated: what are the circumstances under which it is legally permissible for a government to discriminate against a subset of its people?

They decided to endorse the Statut des Juifs. And they said it is OK to be antisemitic and to support the Statut des Juifs as long as is done with the values of Catholic charity. It's important pay attention to ideologies at the time, meaning the way people understood the world at the time. So for Catholic bishops in France, antisemitism was not OK if it was, for example, Nazi antisemitism, because that was racism. And they're against racism in all its forms.

And racism was defined by the Nazis as, according to blood, what kind of blood you had. Did you have this amount of Jewish blood? And for French bishops, that was total baloney and they knew that. And they were against racism. But at the same time, they firmly believed that there's an international Jewish conspiracy.

They said Jews start revolutions in the countries that they're in. They will always be more loyal to each other than they will to the nation. And so it's OK to discriminate against them in these ways. And so that really shows you how they thought about these things at the time.

And it also brings us back to the present to think about challenging our own beliefs and ideologies. What things do we think are normal, acceptable beliefs, now, that 20 years, 50, 70 years from now, people might look back and say, I can't believe they thought that.

In October 1940, a census was taken of Jews in France. This list would later be used to identify Jews to be deported from France to internment or death camps. Within the first two years of the occupation, while groups of Jews were rounded up regularly, the groups were relatively small in number and were held in detention camps within France.

You'd have 100 Jews rounded up here, or 300, or 200. And that was something that made people uncomfortable, but not uncomfortable enough to say something. And people were just adapted. This was the new normal. And I think humans have a tremendous capacity to adapt to things that we think we would be really not OK with.

In June 1941, the outbreak of war between Germany and the Soviet Union, and the subsequent increase in the roundups of Jews, further divided the population between those that supported the Vichy government and those that opposed it. Then, in March 1942, the first convoy of Jews was deported from France. They were taken to Poland and murdered at Auschwitz. These roundups and deportations escalated the unease among the people in the free zone, including several Catholic bishops.

There were a lot of people who were uncomfortable with what was going on, who were uncomfortable with these deportations, and Jews disappearing or being sent to concentration camps. As more and more Jews get rounded up, you see these bishops are writing letters. And they're writing letters, whether it's to Pétain, or to the Red Cross, or to other bishops. And they're saying, I really am not comfortable with this. This is bad what's happening. This is bad what's happening to Jews. We should do something. We're against this. But they didn't publicly protest until this real crisis where 13,000 Jews were rounded up. And it was like a trigger point, where they felt like, if we don't say something now, then when are we going to say something?

Facing History and Ourselves, “Questions of Complicity: France and the Nazi Occupation,” video, last updated April 14, 2022.

Students are introduced to the enormity of the crimes committed during the Holocaust and look closely at stories of a few individuals who were targeted by Nazi brutality.
More Like This Teaching Resources Learning & Events
Most teachers are willing to tackle the difficult topics, but we need the tools.
— Gabriela Calderon-Espinal, Bay Shore, NY