Joshua Rubenstein, author and associate at Harvard's Davis Center for Russian and Eurasian studies, details the relationship between Nazi Germany and the Soviet Union in the decade before World War II.
Last Updated: April 6, 2022 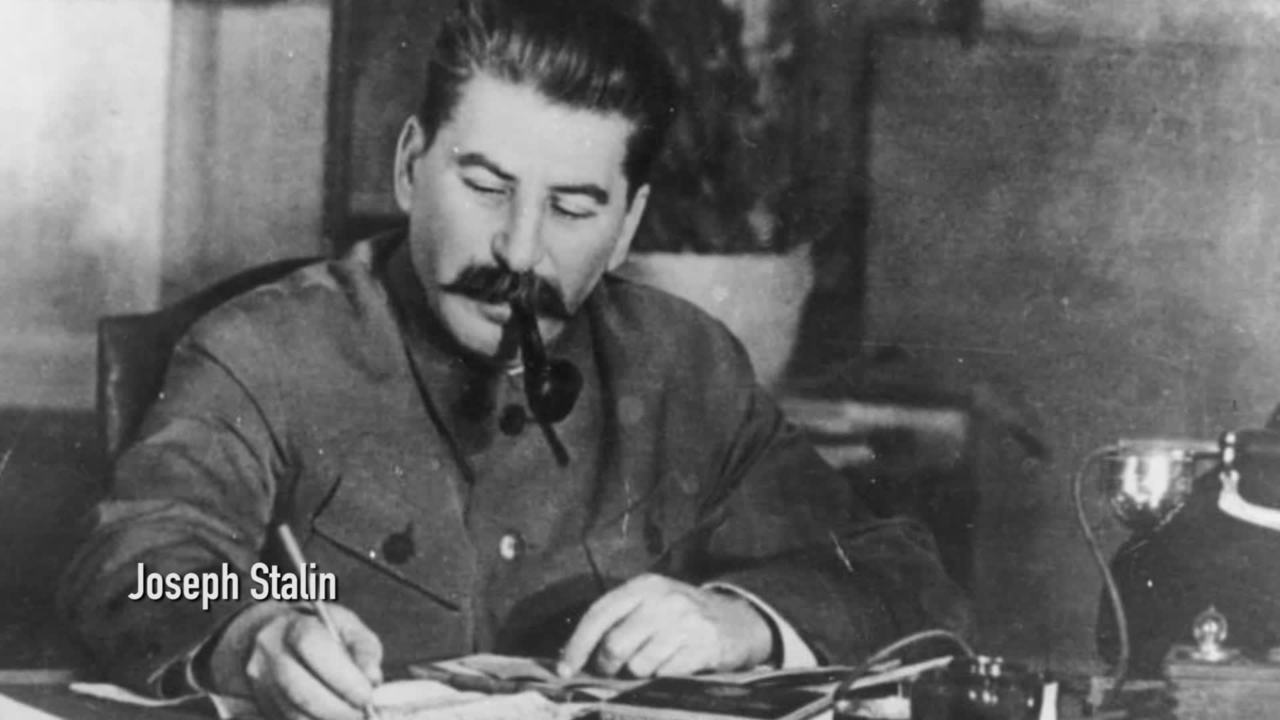 One of the more surprising stories of World War II was the two-year complicated alliance the Soviet Union entered into with their former enemy, the Nazis.

They were fighting each other through a proxy war during the Spanish Civil War in the 1930s. And the Soviet Union was famous for being anti-fascist, anti-Nazi. There was always coverage in the Soviet press about antisemitism. There was comprehensive coverage in November and December of 1938 about the violence of Kristallnacht.

The Soviet government repeatedly denounced the antisemitic policies of Nazi Germany, so the world was taken by surprise when the dictators announced this agreement. And this completely changed world history. Within a week, Nazi Germany invaded Poland. This was the start of World War II in Europe. Two weeks later, the Soviet Union invaded Poland from the east. And they divided Poland between them. This was the end of Poland as a country, as a sovereign state, at that time.

So between 1939 and 1941, Nazi Germany and the Soviet Union are allies. And Stalin actually provides very substantial support to Nazi Germany. So when Germany invaded the Soviet Union in June of 1941, this time it was Stalin who is taken by surprise. He had been given warnings, including warnings by Churchill and from other intelligence sources that the Germans were preparing an invasion.

But Stalin did not want to provoke Hitler, so he took no defensive measures. He was just afraid that his country wasn't prepared for war. And he was right, because within weeks, the Germans overran Soviet defenses and captured major Soviet cities.

The partition of Poland and the invasion of the Soviet Union and Soviet-held territories also heralded the beginning of systematic mass killing of Jews and other groups by the Nazis. At the time, approximately 3 million Jews lived in Poland alone. While the Nazis fought the Red Army on the Eastern Front, they also constructed and used several concentration camps where millions of people, including Jews, Roma, homosexuals, the mentally ill, the elderly, and children died.

Between 1941 and 1944, the Red Army resisted the Nazis on Soviet territory. By 1944, they pushed the Nazis back westward and reclaimed the Nazi-occupied territories of Byelorussia, Ukraine, the Baltic region, and eastern Poland. As they advanced, the Red Army liberated several concentration camps, coming face-to-face with some of the unspeakable horrors of the Holocaust. Fighting between Nazi Germany and the Soviet Union continued until the capture of Berlin and the German surrender to the Allies in May 1945.

Students view the film, analyze a primary source from the Oyneg Shabes archive, and consider why it matters who tells the stories of the Jews in the Warsaw Ghetto.
Unit
Save

For Educators in Jewish Settings: Teaching Holocaust and Human Behavior

Developed specifically for educators in Jewish settings, these lessons lead middle and high school students through an examination of the Holocaust from a historical perspective and consider what this particular history has to do with what it means to be Jewish.
Lesson
Save

Jewish History and Memory: Why Study the Past?

Students prepare for their study of the Holocaust by reflecting on the ways in which memory is an integral part of Jewish identity.
Lesson
Save

Students are introduced to the enormity of the crimes committed during the Holocaust and look closely at stories of a few individuals who were targeted by Nazi brutality.
Lesson
Save

The Holocaust - The Range of Responses (UK)

Students deepen their examination of human behaviour during the Holocaust by analysing and discussing the range of choices available to individuals, groups, and nations.
Lesson
Save

How Should We Remember? (UK)

Students both respond to and design Holocaust memorials as they consider the impact that memorials and monuments have on the way we think about history.
Lesson
Save

Justice and Judgement after the Holocaust (UK)

Students grapple with the meaning of justice and the purpose of trials as they learn how the Allies responded to the atrocities of Nazi Germany.
Lesson
Save

Jewish Identity and the Complexities of Dual or Multiple Belongings

Students continue to explore the question “Who am I?” by examining the concept of dual or multiple identities and reflecting on their own identities as Jews.
Lesson
Save

The Roots and Impact of Antisemitism (UK)

Students explore the long history of discrimination against Jews and come to understand how anti-Judaism was transformed into antisemitism in the nineteenth century.
Lesson
Save

Jewish Life before the Holocaust

Students learn about pre-war Jewish life and compare it with today’s diaspora in order to reflect on how modernity can impact tradition.
Collection
Save

Students watch video testimony from a Holocaust survivor and engage in purposeful reflection about the survivor’s important story.
More Like This Teaching Resources Learning & Events
The resources I’m getting from my colleagues through Facing History have been just invaluable.
— Claudia Bautista, Santa Monica, Calif