Tackling Discrimination against Roma in Schools 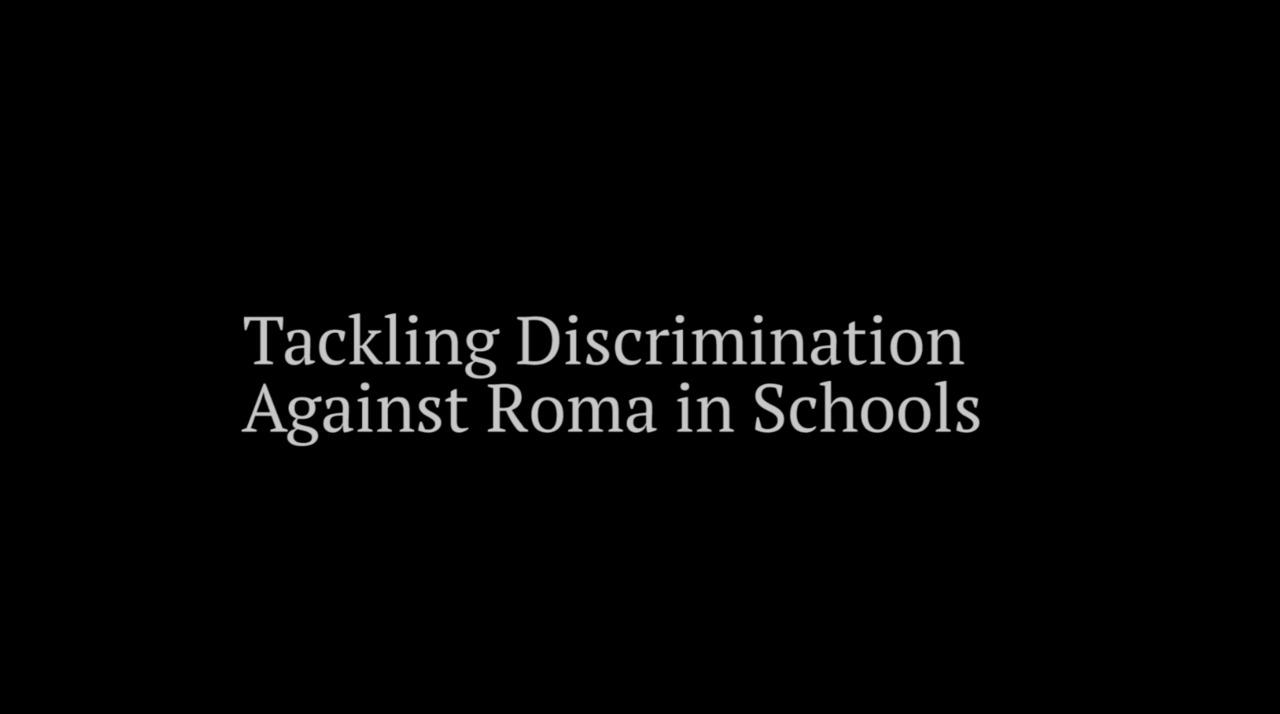 I think that earlier, we were discussing about the nature of prejudice. And there are different layers or different stages that we can look at when we speak about Roma.

At the level of community, often you will find non-Roma parents, non-Roma people that would be reluctant to have their own children in the same classroom or in the same playing ground with the Romani kids.

But then there is another layer, which is, I think, the next stage. And it is discrimination that happens at the institutional level. And when it comes to institutions, one of the pillars of a society is the school. And often the Romani kids are placed into segregated classes, separated schools, or schools for children with special needs.

And they are placed there, because teachers, they think that they are not good enough to keep up with the non-Roma peers. And therefore, at the end, they finish school and many of them would not know how to read and how to write.

Very often, teachers go in a Roma classroom without high expectations from their performance.

And that's the situation in many Roma classes or Romani schools, because the quality of education that these children receive is very, very bad.

I think that the most important thing to do is to tackle education and the educational system that exists in Europe by adding to the existing curriculum parts about anti-bias education, human rights, and also Roma history and some Roma culture. So therefore you help the next generation to portray the Roma in a different way and to give them the chance to have a critical thinking when it comes to reading news about Roma, but also knowing some of the historical facts, and also having an understanding about what bias and prejudice is.

When, at least, racism and discriminatory speech would not be acceptable and accepted in Europe, then I think we will be in a better place to social inclusion of the Roma population.

Investigate the Truth and Reconciliation Commission of Canada and its role in helping individuals and the nation overcome the historical injustice and trauma of the Indian Residential Schools system.
Chapter
Add to Collection

History in Search of a Name

Examine the debate that led to a declaration describing the Canadian government's colonial policies toward Indigenous Peoples as “cultural genocide.”
Chapter
Add to Collection

Explore the efforts of leaders and activists advocating for indigenous rights and culture, including young people using their history and culture to build bridges toward others and the future.
Chapter
Add to Collection

Explore how language and culture shape identity, and learn about the challenges faced by the Indigenous Peoples of Canada to preserve their traditional identity.
Chapter
Add to Collection

Examine how Indigenous identities in Canada have been shaped by the ways European settlers responded to real and imagined differences between themselves and the Indigenous Peoples.
Chapter
Add to Collection

The Indian Act and the Indian Residential Schools

Learn the history behind the legislation and policies created by the Canadian government in the nineteenth century to dispossess and assimilate the Indigenous Peoples.
Chapter
Add to Collection

Read firsthand accounts from survivors of their often profoundly painful and damaging experiences at residential schools.
Chapter
Add to Collection

Learn about the apologies offered by the government and churches of Canada to the Indigenous Peoples, and consider the role of apologies in transitional justice.
Chapter
Add to Collection