The Tokyo Trial: An Introduction 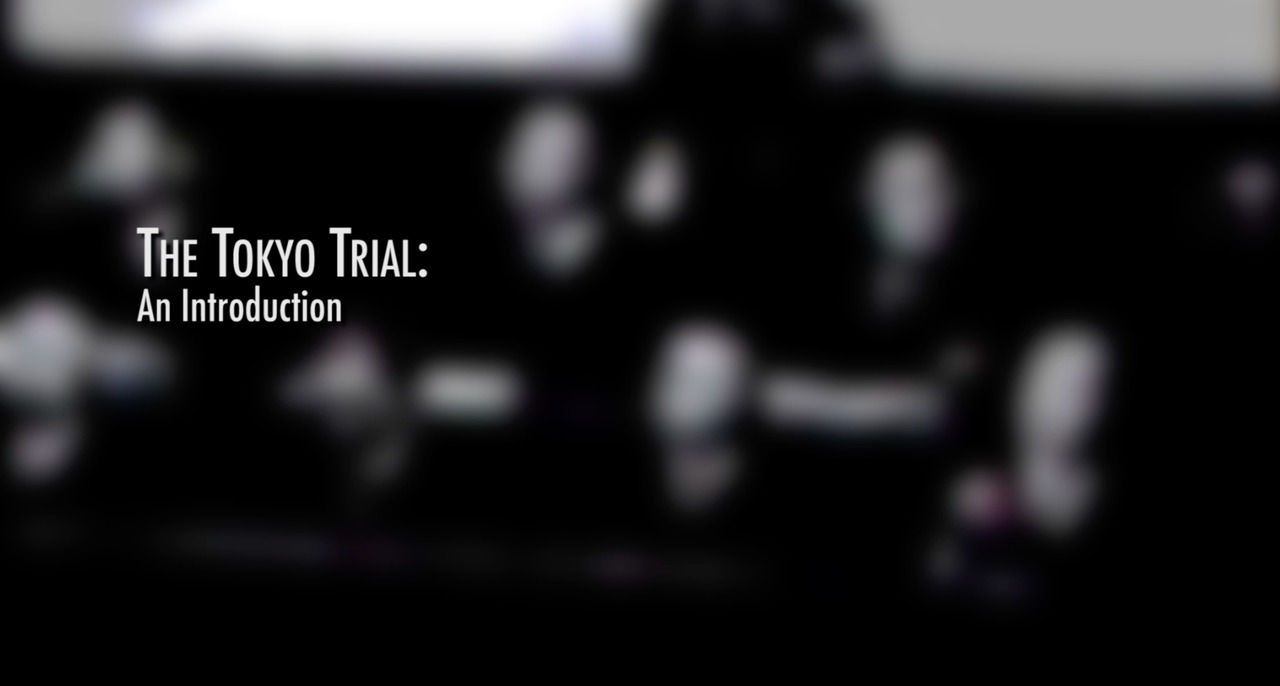 One of the oldest rules of war is that when a combatant surrenders, waves the white flag, lifts their hands, puts their weapon out of commission, they are then captives. And the invading army or the opposing army is responsible for their well-being, keeping them alive, keeping them well. And at the end of conflict, normally what happens is you have an exchange of prisoners.

The idea is that you don't hold these particular individuals responsible because it's the two governments that are at war with each other. They are simply agents of their government. They have been sent here, many against their will potentially, in order to do their government's business. And so prisoners are supposed to be treated humanely. That's a fundamental precept.

None of these rules was followed at Nanjing. Combatants, noncombatants, women, children, the elderly, nobody was spared violence and violations in Nanjing.

That tribunal was established in Tokyo to essentially prosecute the most senior leaders of the Japanese Imperial Government for crimes against humanity, war crimes, and crimes against peace that were committed in World War II.

There is often a question about who should be prosecuted in situations of mass or collective violence like this. Do you prosecute the leaders, who may be hundreds of miles away from where the events in question happened? Or do you prosecute the foot soldiers, the actual individuals who commit the acts, but who may be acting under orders, maybe even under duress if they realize that they, too, could be eliminated if they don't go along with things? Or do you prosecute the mid-level leaders, the sort of local operational commanders on the ground, who are not the foot soldiers, but who also are not sitting back in capitals?

The indictment had Count 55, which contained what was called the doctrine of command or superior responsibility. And according to this doctrine, which is a very long-standing doctrine in the law of war-- it's been around as long as we've had rules governing war-- superior leaders can be held responsible for the acts of their subordinates if they knew or should have known that their subordinates either were committing abuses or had committed abuses and if those superiors fail to either prevent them in advance or, after the fact, prosecute or punish appropriately the responsible individuals.

This creates very big difficulties of proof at times for prosecutors because they have to show that these leaders either ordered these offenses and were intimately involved in designing and implementing them, or that these leaders knew about them and did nothing to either stop them or to prosecute the individuals after the fact. And many of the Japanese defendants were convicted under Count 55, this theory of command responsibility. Because it couldn't be shown, there simply wasn't the evidence that they directly ordered these offenses to happen. But there was evidence that reports went back to Tokyo with information that showed that atrocities had happened. And that served as the basis for holding those leaders accountable.

One of the criticisms that has been leveled against the post-World War II proceedings is that the system made up new crimes, acts that were not crimes at the time they were committed. War crimes were well established. And so that argument really can't be made with respect to war crimes. But it had never been argued that committing a war of aggression was a crime. And the notion of crimes against the peace was virtually unheard of at that time.

There was some discussion after World War I of crimes against humanity, but it had never been prosecuted before at the international or a domestic level. So the criticism had been leveled that these were two new crimes and that that was unfair to the defendants. How could you now prosecute the defendants for their conduct when they didn't know it was criminal at the time it was committed? And so this was a major criticism at Nuremberg and at Tokyo, that these individuals could not have known that they might be prosecuted one day for crimes against the peace or for crimes against humanity.

The defendants made arguments in this respect and they argued that these counts needed to be rejected. The judges agreed, however, that there was no way that these individuals could not have known that what they were doing was criminal.

To launch a war of aggression, and all the devastation that that would create, and to target for destruction and extermination civilian populations, to torture civilians, to rape civilians, under no system of law could those acts be lawful. And so they had to know that they would be unlawful. And so it was not unfair to prosecute these individuals after the fact.

And so the framers of the two charters that governed these two tribunals drafted definitions of these crimes. And those became the definitions that these individuals were prosecuted under.

There are times when you read in the transcript where defendants have insisted that they did what they could, that they objected to what was happening. And the judges often say, you didn't do enough. And at a minimum, you could have left. You could have stepped down. You could have relinquished power. And you didn't.

And there were acquittals in both Nuremberg and Tokyo, situations in which the judges felt that the prosecutor had not met its burden in order to prove that these crimes had happened. Whether or not that's an indicator or not of the fairness of the proceedings is open to some argument. Many people have argued, though, that a system that is capable of giving acquittals shows that the judges are taking their jobs very seriously, that they're not simply rubber-stamping these.

Facing History and Ourselves, “The Tokyo Trial: An Introduction,” video, last updated April 19, 2022.