War of Annihilation: Targeting the Jews of Europe 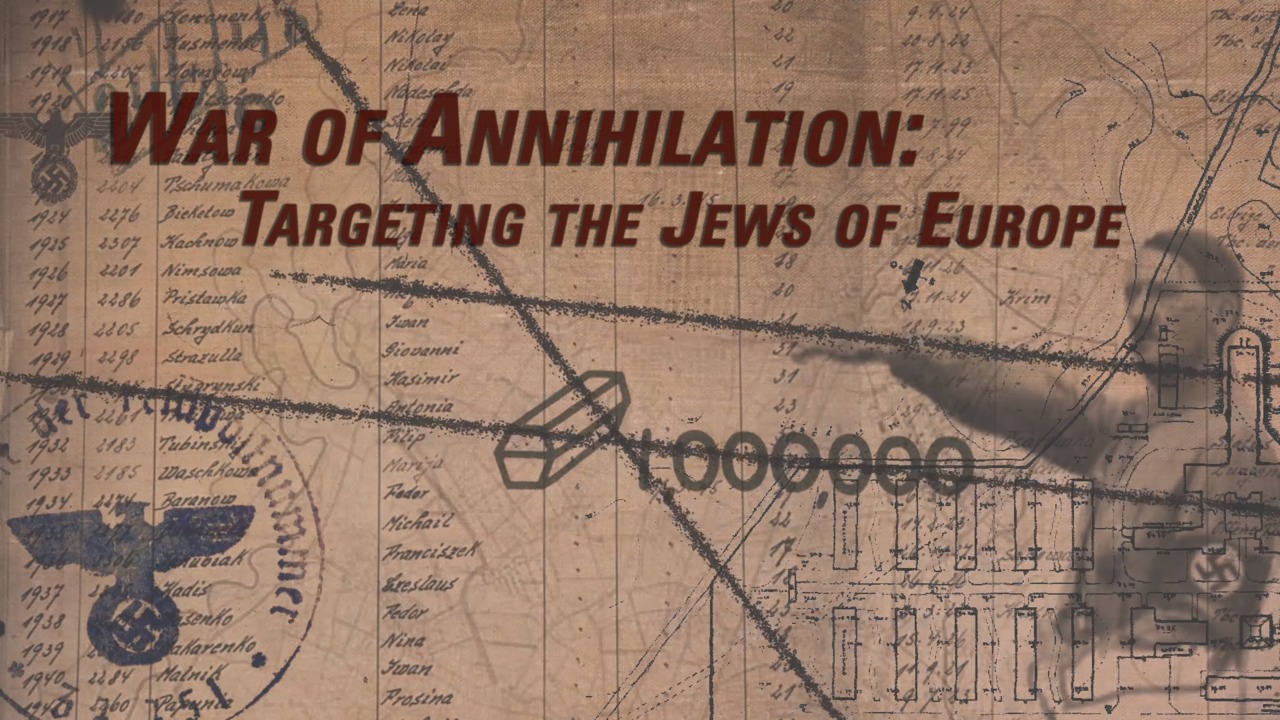 The decision to murder the Jews of Europe occurred very gradually over a three-year period. Hitler had always talked about the removal of the Jews, but in November 1938 a number of voices began to use the word annihilation of the Jews. And it's always in the conditional tense. It's always, if they're still here when something happens, then they will be annihilated. The story of the next three years is basically the story of the "if" falling away.

The Nazi state wanted to get rid of Jews living within its borders. At the same time, the Nazi state kept conquering land. So they got land they wanted, and Jews they didn't.

After they had "successfully" forced them out through emigration, in the 1930s from Germany and from Austria, now they were going to be taking in this larger population of Jews, and then this Jewish problem is getting bigger as they expanded eastward.

So they began to think less in terms of removal physically by sending them somewhere else, but in terms of removal by removing them from the earth. This appears to have happened in the course of 1941 in two stages. The first stage was as the Germans prepared for the invasion of the Soviet Union. They decided they did not want to have the logistical difficulties in the Soviet Union that they had had in Poland. And by that I mean, they didn't want to repeat the process of ghettoizing the Jews, and then trying to figure out how to manage the ghettos and how to feed them. Even though they didn't give them much in the way of rations, they had to figure out how to supply them.

So they made the decision, pretty much in the very first days of the invasion of the Soviet Union, that they were going to round up and shoot most of the Jewish males in their path.

By the end of August, two months into the invasion, they realized that this left them with a problem sort of like they had in Poland. There were a lot of women and children left. Those people had to be provided for in some fashion, or you had to figure out what would happen-- what would be the fate of these people. And then they rather cold-bloodedly decide, OK. It will minimize our problems if we just kill them too.

I think it's very interesting to look at what happens between the end of June, and the end of September 1941. It's not a long period of time. And when you look at the speed in which these Jewish communities were annihilated, across that expanse of Eastern Europe: Poland, Belarus, Ukraine, Latvia, Lithuania, Estonia, it's clearly something that's coordinated. It's not spontaneous. The resources are there, the material's there, the bullets are there, the forces are there. And the leadership is there.

The second method they had, they discovered in September of 1941. And this appears to have been motivated by a consciousness in the SS that they were looking for ways to kill large numbers of people.

The commandant of Auschwitz told an assistant of his that he wanted that assistant to think about ways of killing large numbers of prisoners of war. The second-in-command realized at that moment that they had at the camp an insecticide that they used to delouse barracks. This is a product called Zyklon. And they decided to put a couple of hundred Soviet prisoners of war in the basement of one of these barracks, early in September, we think, 1941. And then they opened the cans in the usual way, and threw them in, closed the windows, and waited to see how long it would take for these people to die. They realized at the end of this experiment that it would take maybe a half an hour to kill large numbers of people in chambers, if you made them big enough and open enough for the gas to disperse.

So by the fall of 1941 they had two methods of killing large numbers of people in rather-- if you forgive the expression-- labor-efficient ways. And thus once they realized they had the technology, then it became a matter of time of deciding how would we implement that. They begin thinking of installations that would do it. The first one is at a place called BeÅ‚Å¼ec. The work appears to begin on it on November 1, 1941. Then they started gassing people at an old ruined manor house in the German-annexed part of Poland. This was called CheÅ‚mno. They began doing that with vans that were hooked up with carbon monoxide. And the first of those gassings occurred on December 6, 1941.

So this was the beginning of creating stationary gas chambers where the victims could be brought to the killing center.

In January of 1942, leaders of the Nazi party had a daylong conference at a villa outside of Berlin, in Wannsee, to discuss their plans to exterminate the Jews of Europe.

Wannsee invited 15 men to the table. They were mostly in their 40s. Only two were over 50. Eight of them had doctorates. Many of them were lawyers. They were best and brightest, smart people who worked in various institutions, both of the Party and of the government and even of the occupation zone. They were there not to decide on the Final Solution. That decision was already made, and the only person who could have given that order was Adolph Hitler. They were there not even to coordinate the Final Solution, because that could be done by people who were of lesser rank than them. They were there essentially to be told, yes, this was going to be in charge in their institutions, their elements of the German bureaucracy were supposed to cooperate.

There's no minutes of the meeting, we only have a protocol that survived. It's very striking. It lists all the Jews that the Germans could identify in Europe, including the United Kingdom. And it really articulates this eliminationist program to kill all the Jews that they could apprehend, if you will. It also states very clearly that the SS is going to continue with all the different means of killing. The recent tests with new chemicals-- Zyklon B, with cyanide, but also the mobile gas vans with the carbon monoxide. The Einsatzgruppen with the shooting. They were going to continue with all these different kinds of killing procedures, and the SS was going to determine the future course.