When History Failed to Turn

Carol Anderson reflects on why once vibrant neighborhoods and why they became places of poverty and crime. Lack of equal educational opportunities despite the Brown v. Board decision left people poorly prepared to face a changing economy.
Last Updated: April 5, 2022 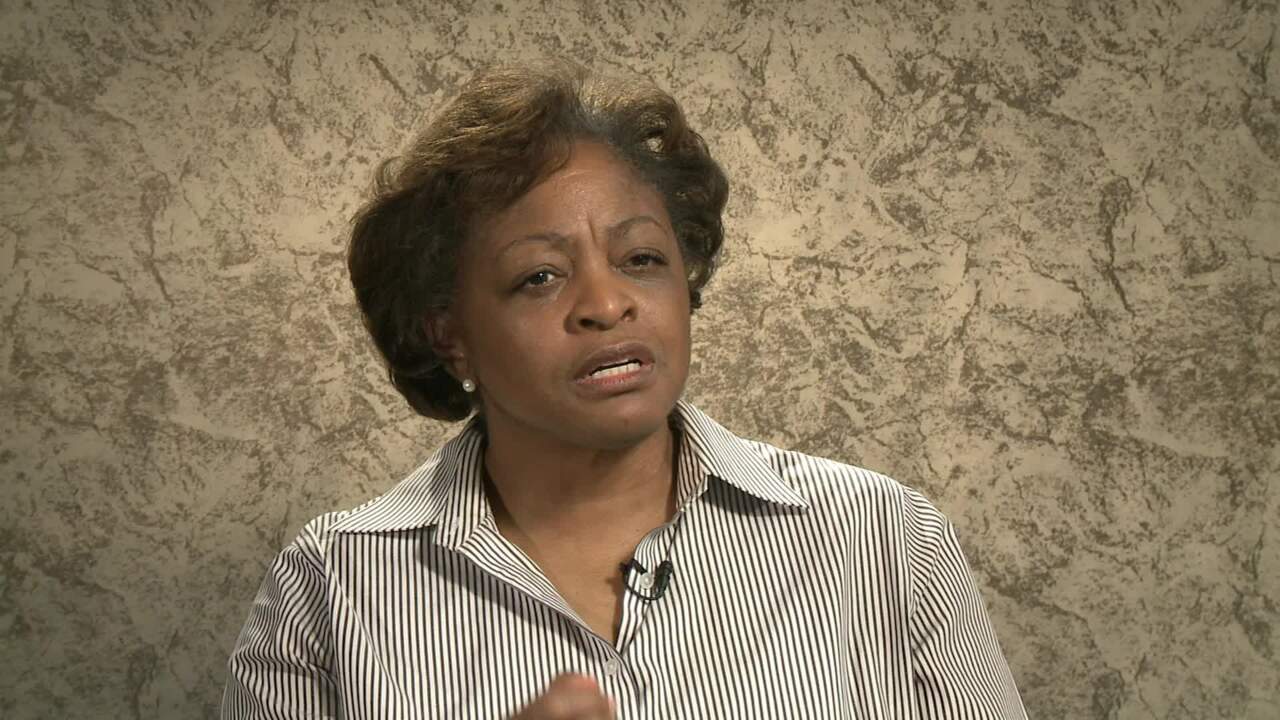 What got me interested in the history of the civil rights movement was basically where I grew up. In my neighborhood, which was an all-Black neighborhood in Columbus, Ohio. And watching that neighborhood transform from a neighborhood to the hood, made me wonder why, when everybody who worked there worked hard. They did everything that they were supposed to do, and yet that neighborhood was disintegrating right before our very eyes.

What's taking them down was that you had a school system that hadn't prepared anybody. This was still a Jim Crow school system. And so when these manufacturing jobs went away, the people in my neighborhood did not have the education in order to be able to work in the new high-tech jobs. And I began to ask, so when we're looking at education and when we're looking at jobs and then the housing stock started falling apart, I said, there's something else here, and that was the issue of human rights.

Most people start with the Brown decision of 1954. It was Brown v Topeka Board of Education which basically ruled the separate and unequal was unconstitutional in the United States. It basically said Jim Crow has no place in the United States. That to me was a key critical moment. That was the moment where history failed to turn because instead of embracing a Supreme Court decision and saying this is the law of the land, instead what you got were decades of resistance by states, refusing to provide quality education to all of their citizens.

And so, so much time and effort with what they called massive resistance where many of these Southern school districts shut down their entire school district just to ensure that Black children would not get an education, that to me was a critical moment. And when it took the federal government decades to say, OK, now, really, we've got to implement Brown. But a generation had already passed.

When I think about the civil rights movement, I've got to say that it has been reduced to a soundbite. And I call it, Rosa sat down, Martin stood up, he had a dream and we all overcame. Except it is so much more than that. One, it is longer than the traditional 54 to 65 or 68. It is wider than that, and it's not just about Martin Luther King. He was an incredible symbol, but you had years of organizing in the Black community and in the white liberal community well before then to, in fact, create this incredible thing called the civil rights movement.

Students explore the ways that Emancipation and Radical Reconstruction altered the lives of many Americans.
Unit
Save

Teach a 3-week study of the Reconstruction era guided by the essential question "What can we learn from the history of Reconstruction as we work to strengthen democracy today?"
Lesson
Save

The Power of Names

Students begin their study of Reconstruction by examining the relationship between the individual and society through an exploration of names.
Collection
Save

The Reconstruction Era and the Fragility of Democracy

Use this rich collection of Reconstruction era primary sources, videos, and a 3-week unit to engage your students in this pivotal period in US history and its legacies today.
Collection
Save

Enrich your teaching on the Reconstruction era with these primary source documents and images.
Mini-Lesson
Save

The Debate over Reparations for Racial Injustice

With reparations in the news, this Mini-Lesson helps students define the term, learn what forms reparations can take, and consider what reparations should be offered for slavery and other racist policies.
More Like This Teaching Resources Learning & Events
Most teachers are willing to tackle the difficult topics, but we need the tools.
— Gabriela Calderon-Espinal, Bay Shore, NY