Who was Eleanor Roosevelt? 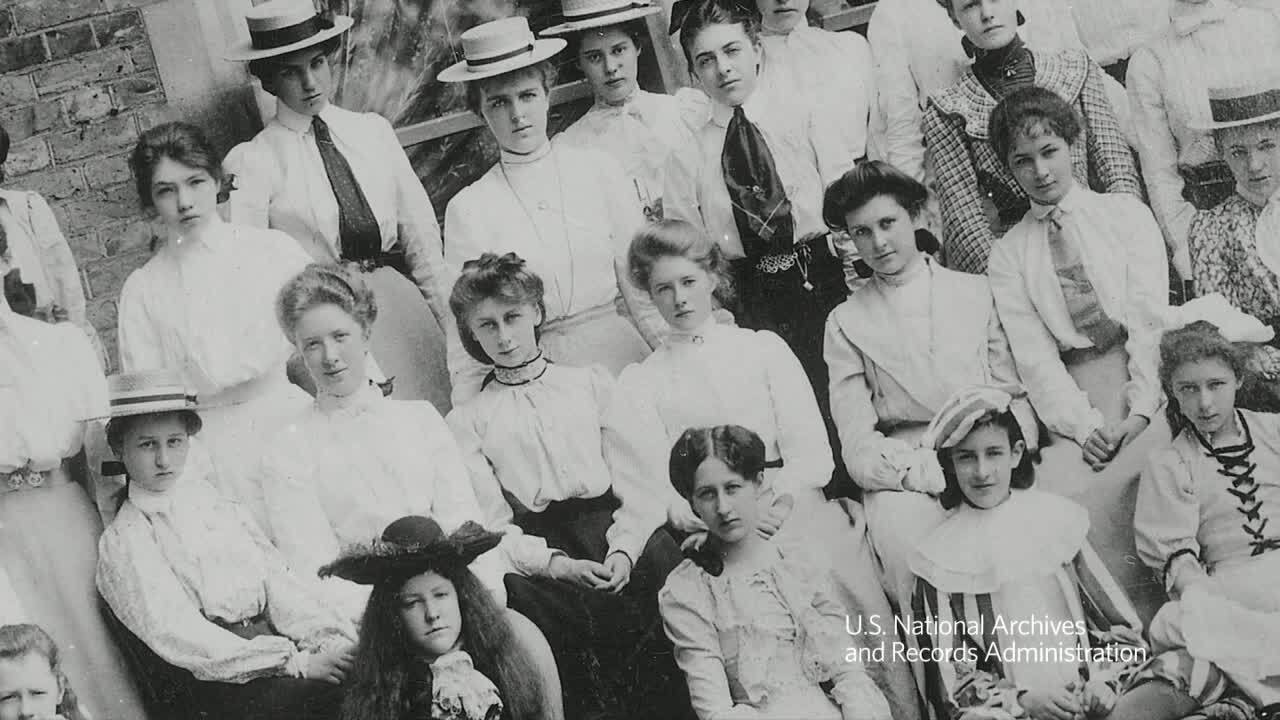 Now, well, most people think of Eleanor either as Teddy Roosevelt's niece or as Franklin Roosevelt's wife. And they assume that she was this child of privilege, who got everything that she wanted, and really nothing could be further from the truth.

She was orphaned by the time that she was 10. Her father was a drunk and a junkie. He adored her but he had great substance abuse problems with alcohol. And then through a sports accident, he became addicted to morphine and so she grew up with that great anxiety about the person that she loved the most was never really around when she needed her.

And her mother thought that she was the greatest disappointment of her life because she didn't meet these conventional standards of beauty. And so she was told that she was ugly and dour, and too serious. They called her granny. They said that she was going to end her life without a man locked in an attic, a desperate broken woman.

Little did they know, and so Eleanor had a very early decision to make in her young life. Was she going to buy into that? Was she going to live a life defined by disappointment and fear? Or was she going to have the courage to get past it? And when she finally got to go to school and got to study with Marie Souvestre in Allenswood and could leave the confines of proper New York society, she realized that life could be different. And she embraced that and struggled to sort of balance her social duties as a Roosevelt with her own great quest for independence and social consciousness. So it's really a struggle of Eleanor learning to be free.

She had this great sort of inbred sense of duty, sort of this noblesse oblige. On Thanksgiving, you go work with the poor and feed them. And so that was really her first exposure. But the thing that is so remarkable to me about Eleanor is how much she transcends that sense of noblesse oblige this is what the rich do for the poor to become really at ease and taught by the poor themselves. So that they can figure out how to develop policies and sort of this great social consciousness, the social justice.

And in the First World War, she sees how war affects everybody regardless of ethnicity and class and that's a huge awakening for her. And then of course, when she travels the nation as First Lady of the United States, she sees all walks of life in the United States.

Explore our online resource on the Indian Residential Schools and their long-lasting effects on Canada’s Indigenous Peoples.
Mini-Lesson
Add to Collection

In this mini-lesson, students use their head, heart, and conscience to engage with six sources that reflect a range of experiences with policing.
Lesson
Add to Collection

Students reflect on the revolutionary changes that occurred because of the landmark legislation and amendments passed during the Reconstruction era.
Mini-Unit
Add to Collection

Lessons and resources help you explore the sanitation workers’ strike and other events that brought Dr. King to Memphis in the spring of 1968. This lesson is part of our partnership with the National Civil Rights Museum's MLK50 initiative.
More Like This Teaching Resources Learning & Events
The resources I’m getting from my colleagues through Facing History have been just invaluable.
— Claudia Bautista, Santa Monica, Calif