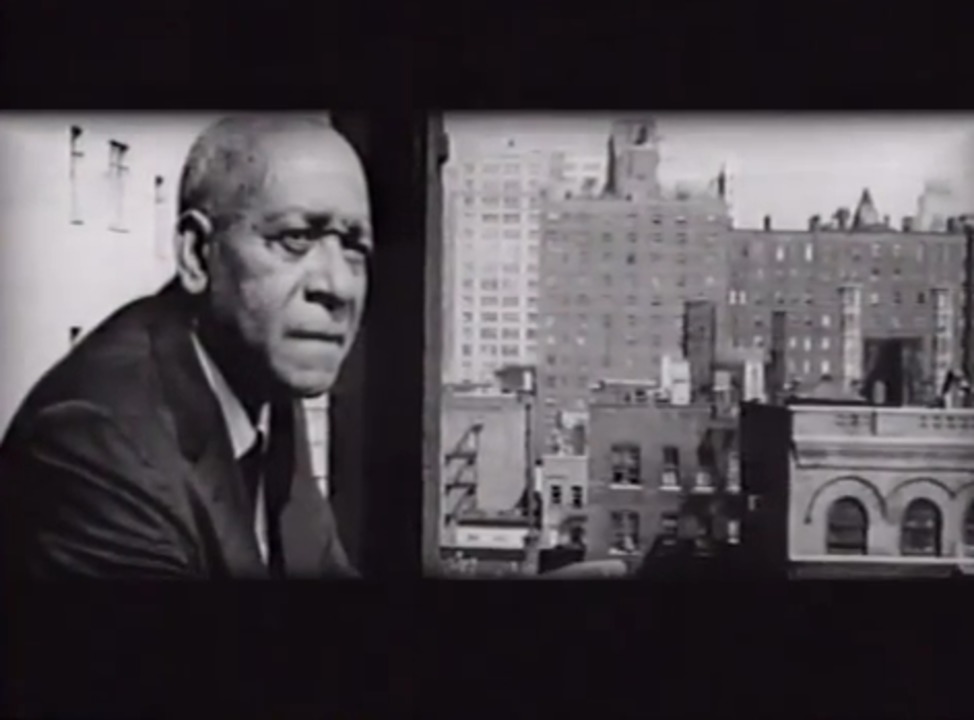 You know, sometimes one thing happens to change our life. How you look at things, how you look at yourself. I remember one particular event. It was when, 1955, '56-- a long time ago. Anyway, I'd been working at night. I wrote for the newspaper and, you know, we had deadlines. It was late, after midnight, on the night before Memorial Day. I had to catch a train back to Brooklyn, the West Side IRT.

This lady got onto the subway at 34th Street and Penn Station, a nice-looking white lady in her early 20s. Somehow she managed to push herself in with a baby in her right arm and a big suitcase in her left hand. Two children, a boy and a girl about three and five years old, trailed after her. Anyway, at Nevins Street I saw her preparing to get off at the next station, Atlantic Avenue. That's where I was getting off too. It was going to be a problem for her to get off. I mean, two small children, a baby in her arm, and a suitcase in her hand. And there I was, also preparing to get off at Atlantic Avenue.

I couldn't help but imagine the steep, long concrete stairs going down to the Long Island Railroad and up to the street. Should I offer my help? Should I take care of the girl and the boy? Take them by their hands until they reached the end of that steep, long concrete stairs? Courtesy is important to us Puerto Ricans and here I was, hours past midnight, and the white lady with a baby in her arm, a suitcase, and two white children, badly needed somebody to help her.

I remember thinking, I'm a Negro and a Puerto Rican. Suppose I approach this white lady in this deserted subway station late at night. What would she say? What would be the first reaction of this white American woman? Would she say, yes of course, you may help me? Or would she think I was trying to get too familiar? Or would she think worse? What do I do if she screamed when I went to offer my help? I hesitated. And then I pushed by her like I saw nothing, as if I were insensitive to her need. I was like a rude animal walking on two legs, just moving on, half running along the long subway platform, leaving the children and the suitcase and the woman with the baby in her arm.

I ran up the steps of that long concrete stairs in twos, and when I reached the street, the cold air slapped my warm face. Perhaps the lady was not prejudiced after all. If you were not that prejudiced, I failed you, dear lady. If you were not that prejudiced, I failed you, I failed your two children. I failed myself. I buried my courtesy early on Memorial Day morning. So here is the promise I made to myself back then. If I am ever faced with an occasion like that again, I am going to offer my help regardless of how the offer is going to be received. Then I will have my courtesy with me again.